Acoustic treatment of the Auditorium del Suffragio, realized inside the Church del Suffragio which is located in the homonymous square of Lucca.

The Church del Suffragio is among the few churches built in Lucca from scratch in the seventeenth century. Erected in 1634, on the site of the burial of the 1630 plague dead, it is the only intervention made in Italy by Francesco Buonamici.

The Auditorium del Suffragio belongs to the "Luigi Boccherini" Institute of Musical Studies, founded in 1842 and equated to the State Conservatories in 1924. In 1999 the Municipal Administration transformed the school into an institution of the Municipality of Lucca and started a autonomy process that ended with the adoption of Law 508/99 and DPR 132/2003.

Chiesa del Suffragio is managed by: 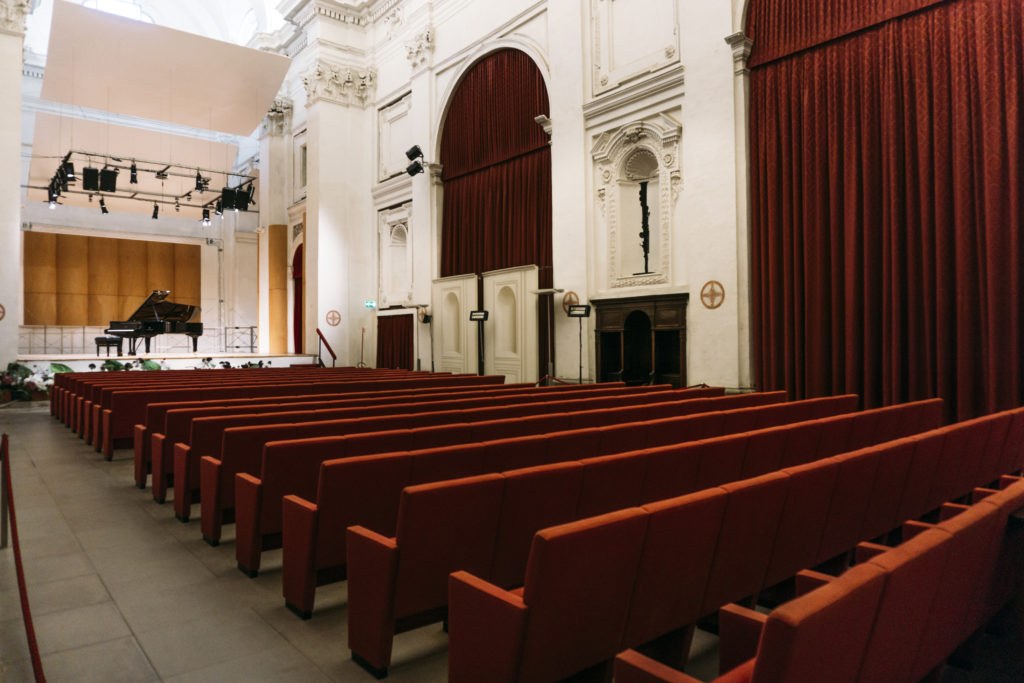 Description
The theater accommodates around 200 spectators. The acoustic intervention consisted of the creation of a “orchestra shell", a shell composed of curved surfaces which diffuse sound homogeneously from the stage towards the audience and the musicians themselves. The cylindrical panels are arranged around the walls of the stage (wooden panels) and suspended from the ceiling (plasterboard panels). 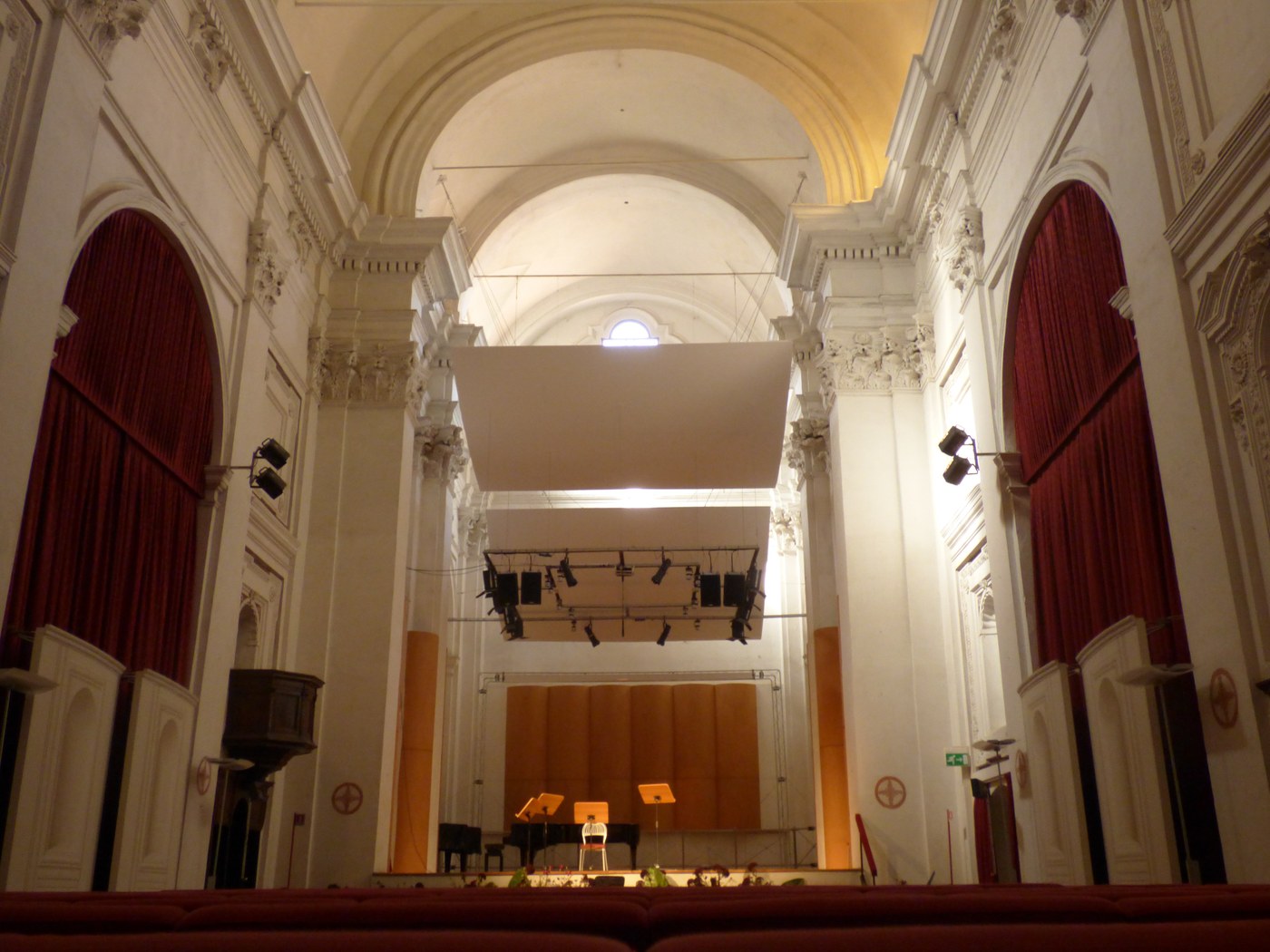 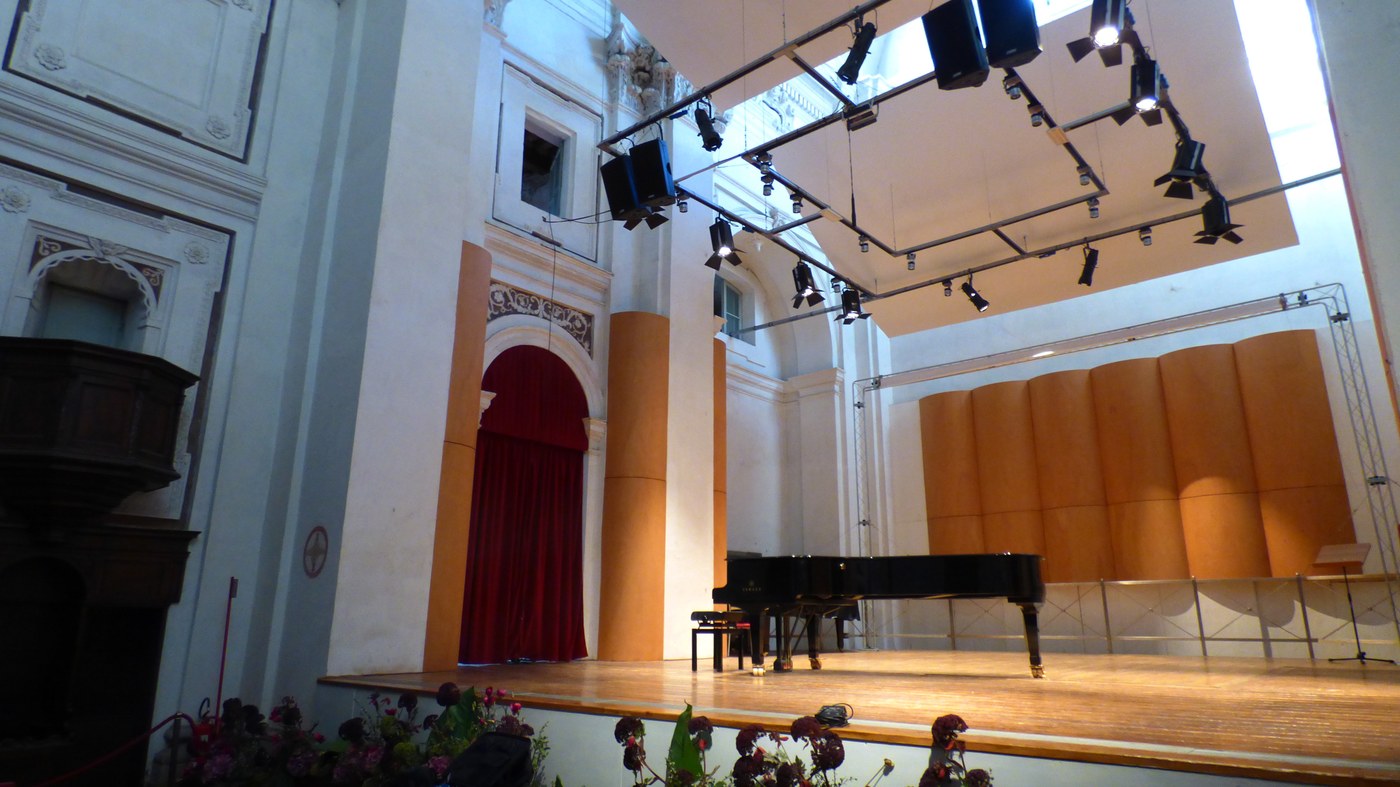