On April 14, 2012 the church of the new San Gerardo hospital in Monza - designed by the architect Edrisio Bruletti - was inaugurated. As soon as the concrete structure was built, strong reverberation and resonance problems appeared deriving from the particular geometry of the room. Therefore, we intervened with an acoustic treatment proposal, flanked by Mauro Lavazza of Leading Technologies - for electric sound system - and the GGP Sound Alberto Ferraris for the installation of the sound absorbing false dome.

When we have been called, only the concrete structure was done: the church had obvious acoustic problems because of the focusing effect of the dome. It was so annoying that it was impossible to catch the words of a person placed at over a meter and a half away. With the first acoustic surveys we measured extremely long T30 reverberation time values, of about 12 s, especially at low and low-medium frequencies. The situation looked rather critical especially considering that, at the time of the first measures, the room was not entirely closed, since it lacked doors and windows (for a total of at least 1/3 of the entire lateral surface).

The acoustic treatment design that we presented with the architect Edrisio Bruletti was based on three interventions: 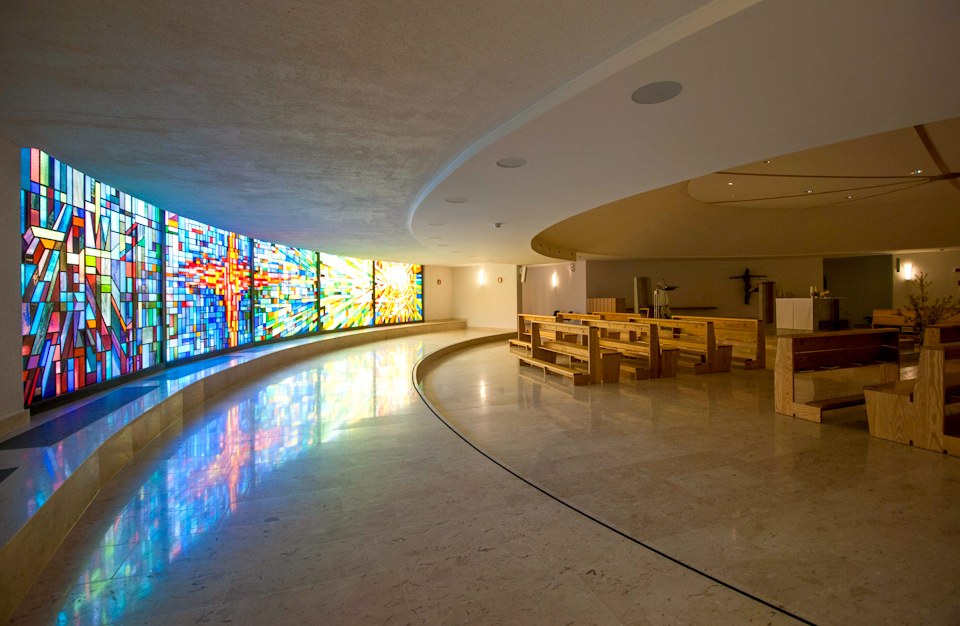 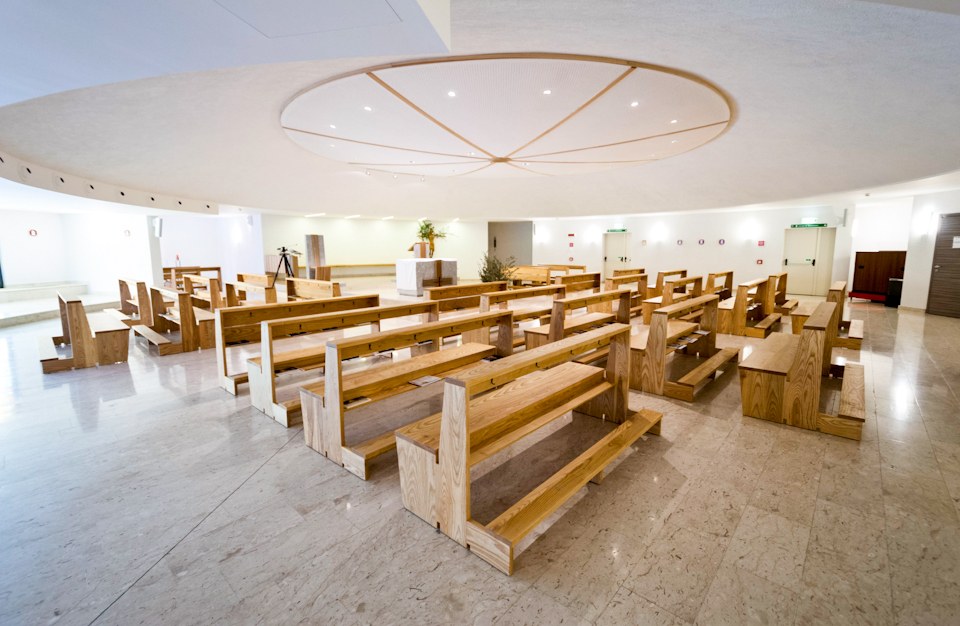 Description
The results we obtained after the acoustic correction were optimal: under the dome we measured reverberation times of about 2.5 s at 500 Hz. It should also be considered that we measured the empty room, without people nor furnishing. The full room reverberation times will be even lower (about 1.8 ÷ 2.2 s at 500 Hz) and perfectly in line with the acoustic CAD simulated results. The coloring of the reverberation seemed also much more natural, with a perfect balance of mid and high frequencies; before the correction we had the maximum sound energy at medium-low frequencies (which were the most emphasized by the "focus" of the dome), while the highest were damped, and thus speech intelligibility was affected. 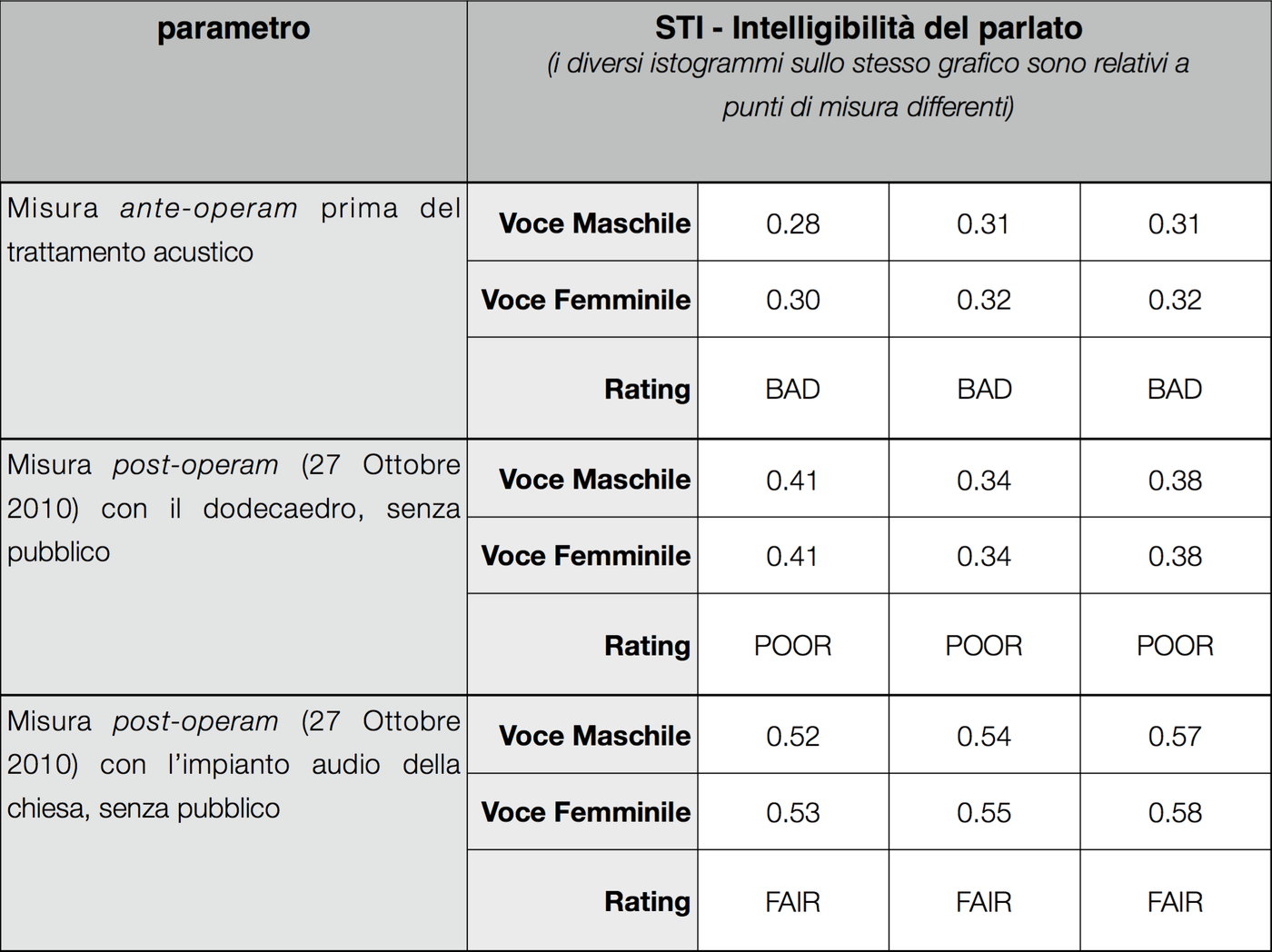