The D: PoT Recording Arts is an audio multipurpose facility built in Prato between 2015 and 2016. Built inside an industrial warehouse of almost 140 m2, the studio consists of three rooms: the control room and two live rooms. The head of the D:PoT is Fabrizio Simoncioni, recording and mixing studio engineer, producer and Italian musician with over 30 years of experience, he is well known in Italian and international Rock.

In order to optimize space inside the building and to ensure the realization of three distinct environments that could be adequately isolated from each other,  three box-shaped self-supporting structures, similar to cages, were made. They support the sound-insulating partitions and the internal acoustic treatment.
The control room, with Genelec monitor flush mounted and an SSL SL4064G custom console, and the main live room which is more than 4 meters high, make the D:PoT a highly functional audio facility.
After two years at The Garage studio in Arezzo (link), Fabrizio Simoncioni decided to transfer to D: Recording Arts PoT its operational base and to inaugurate his new activity by recording and mixing the album Eutòpia by Litfiba in which he also played keyboards.
Simoncioni lived and worked in Mexico and Texas for about six years so he tried to bring a Tex-Mex twist also to D:PoT Recording Arts, personally choosing fabrics and furnishings.
This studio was the protagonist of Cecilia Torracchi’s Civil Engineering thesis titled “Sound insulation and acoustic treatment of a recording studio: analysis, design and measurements” 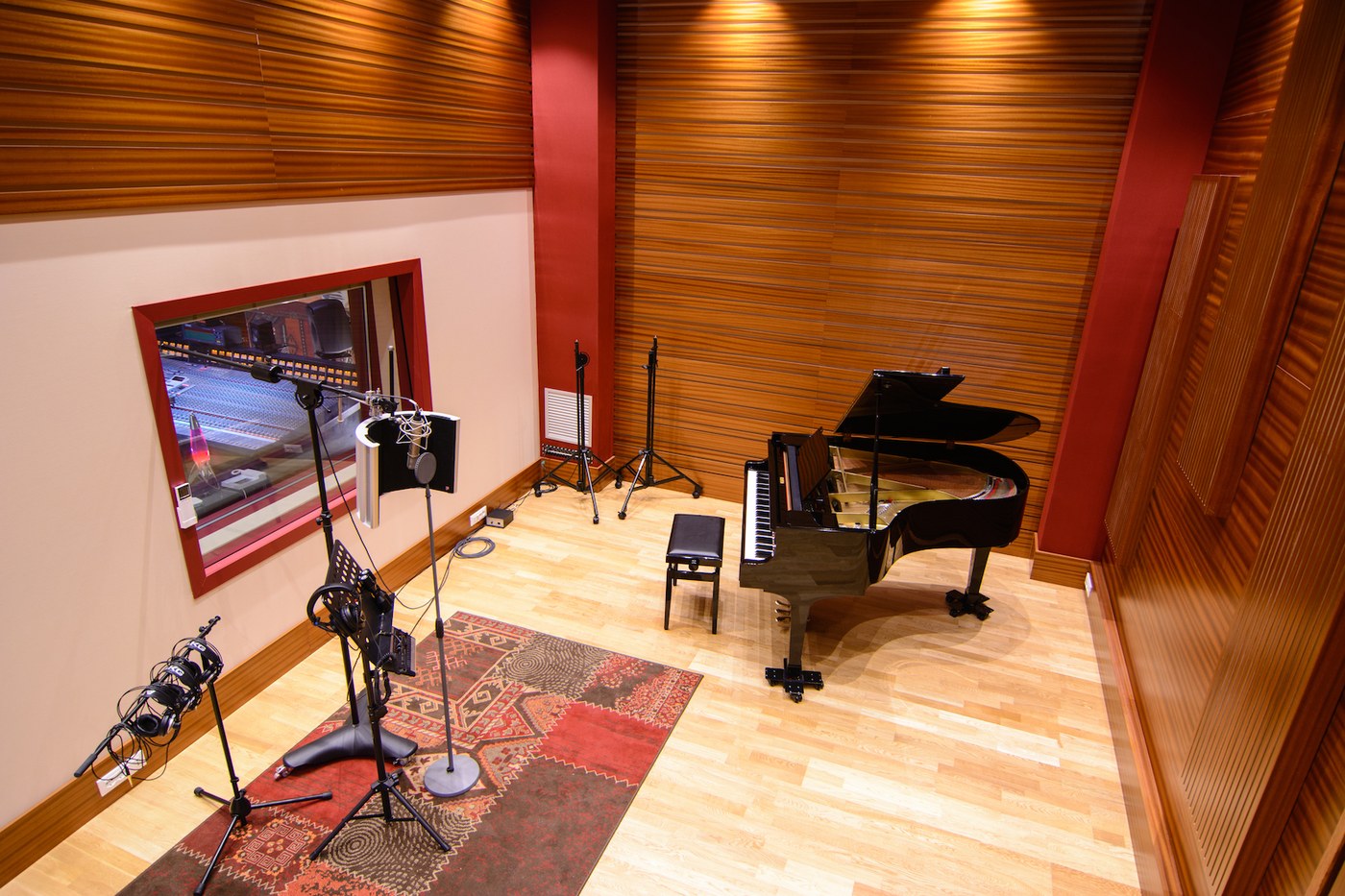 Description
The control room has a "non-environment" design with the reflective front wall and the absorbent back. There is a large amount of glass, perfectly positioned and inclined to avoid annoying early reflections, enabling greater visibility to the recording rooms and plenty of natural light. The 7.1 ready Control Room is fitted with a double surround monitor system configuration: I.T.U. for Broadcast content, and Diffuse Field for Cinema content, and a 65” UHD LCD screen for projection. 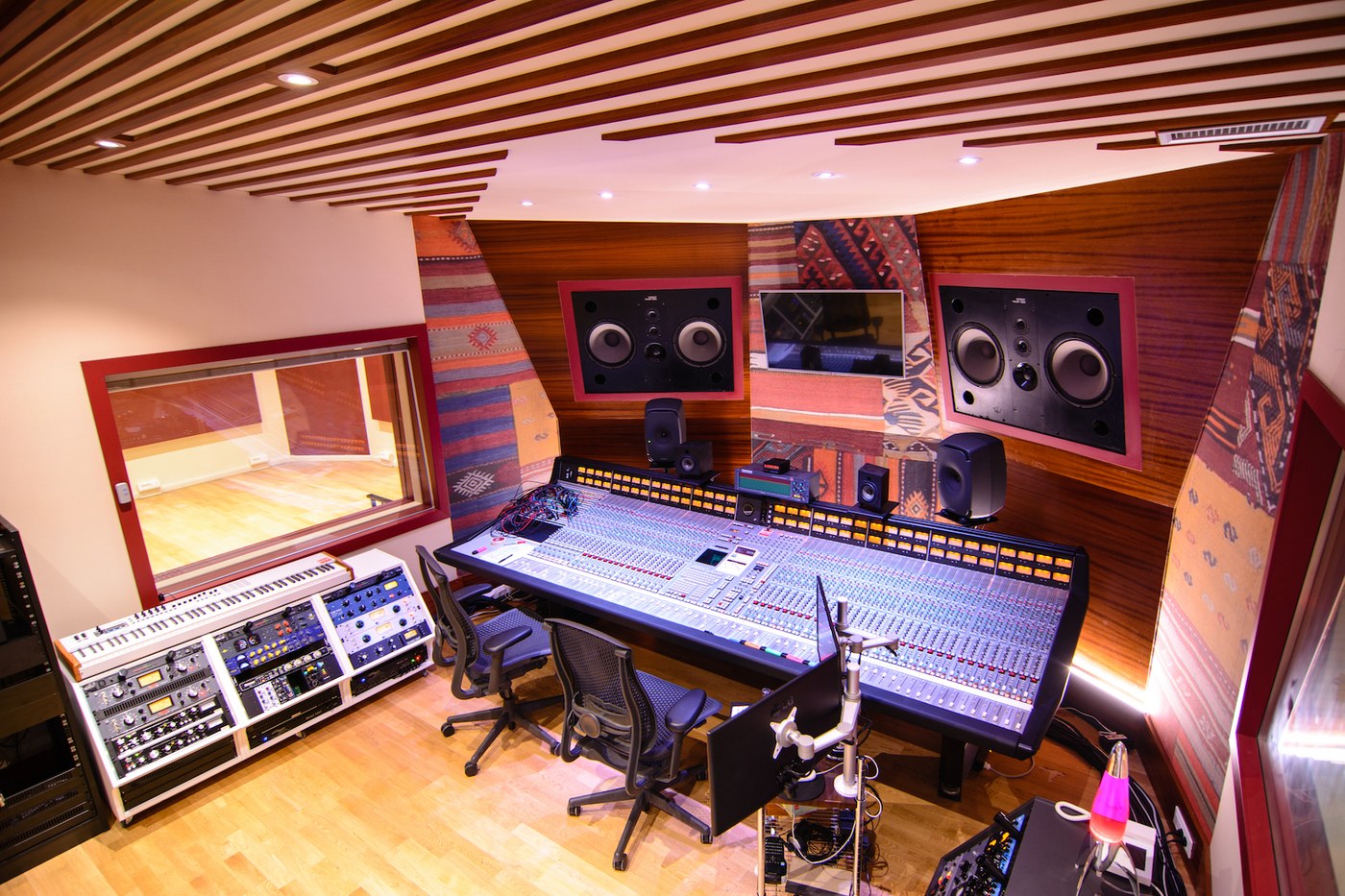 Read more
Description
Groups of musicians can play together live - with each player in his individual soundproof space, with a dedicated Personal Mixer system providing individual monitors. In all the recording spaces there are HDMI connections with a video monitor, a stereo Re-Amp line, two Remote Guitar lines, two Remote Guitar Amps and RJ45 Internet connections. 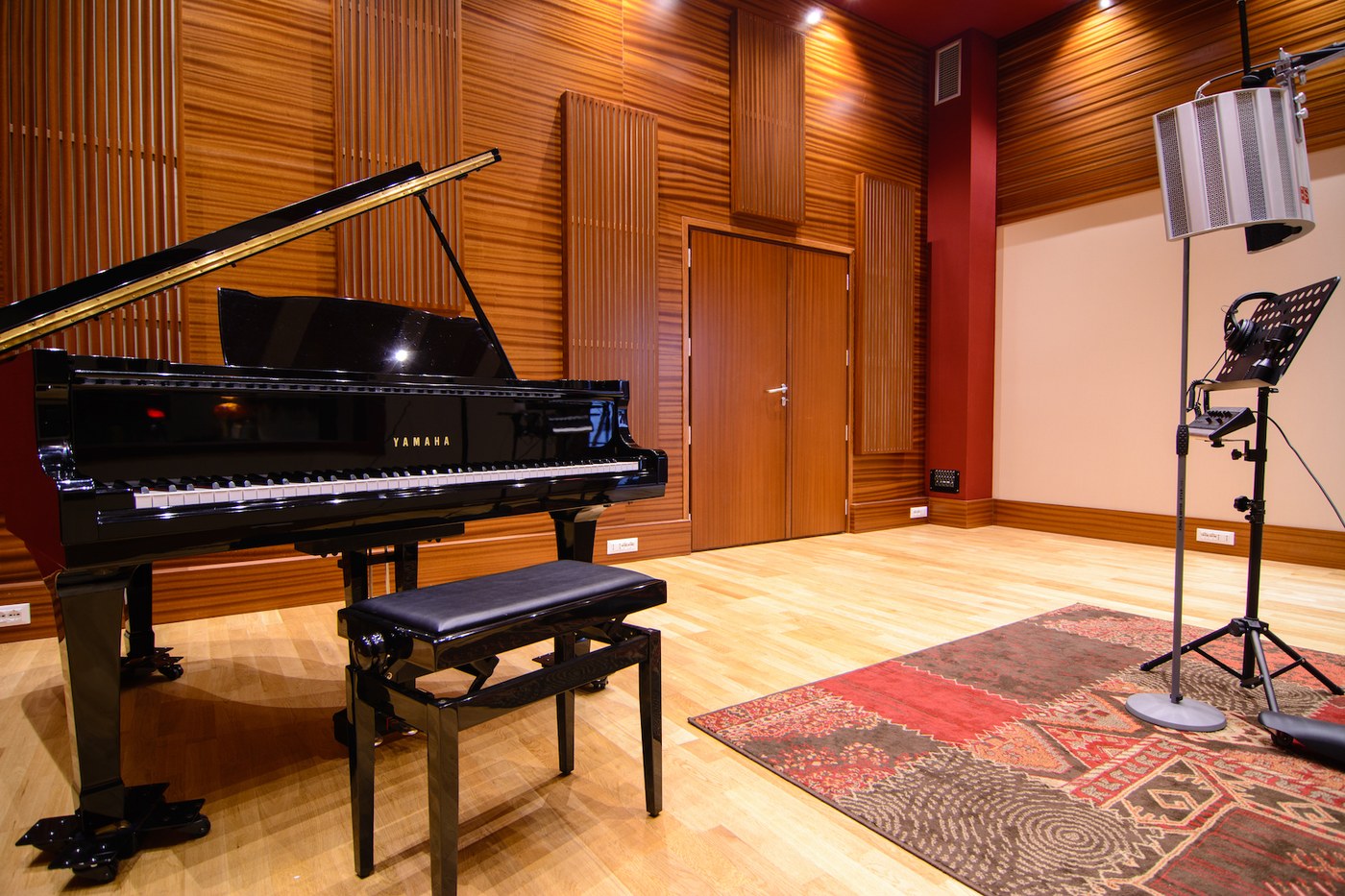 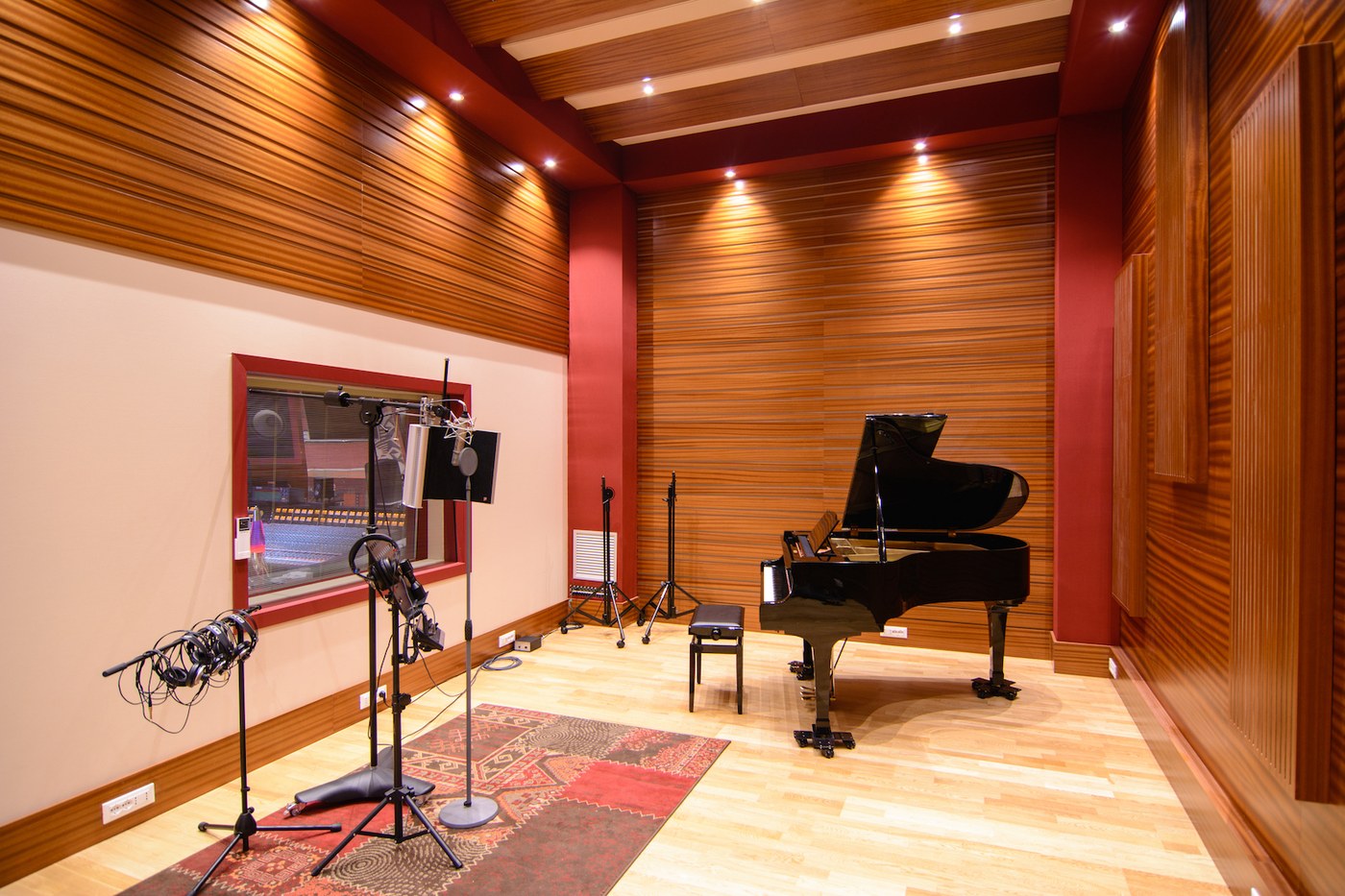 Read more
Description
The Live Room B (the smallest one) is a neutral room, has a very dry and controlled acoustics and allows you to record as much neutral as possible the instruments that require subsequent postproduction and voices.
Read more