Riccardo Mazza is a composer, multimedia artist and teacher at the School of High Musical Specialisation in Saluzzo

Experimental Studios stems from the need of Riccardo Mazza to have a space to create and produce any kind of musical experimentation able to combine electronic and visual music.

In the early '90s he made his first album in the United States with the band "Imagine", carrying out all the production by himself at Chick Corea's Mad Hatter Studio in Los Angeles.

Returned to Italy, he began a long career as sound engineer and producer of many house music albums for the music label Synthetic, product specialist with Midi Music in Turin, arranger and sound designer / producer of pop and electronic music.

Riccardo created the Renaissance FX Dolby Surround encoded library, the world's first collection of sound effects for film and television made in spatialised Dolby Surround, and he created SoundBuilder, the first software capable of adding a soundtrack to video, conceived for the creation of input in surround.

Experimenter and researcher of new technologies and sound expressions since the 90s, in 2001 he founded the Interactive Sound studio in Turin, a visual and sound research laboratory focused on the artistic design of exhibitions and multimedia pathways with strong emotional impact, which develops through the creation of interactive immersive video environments. 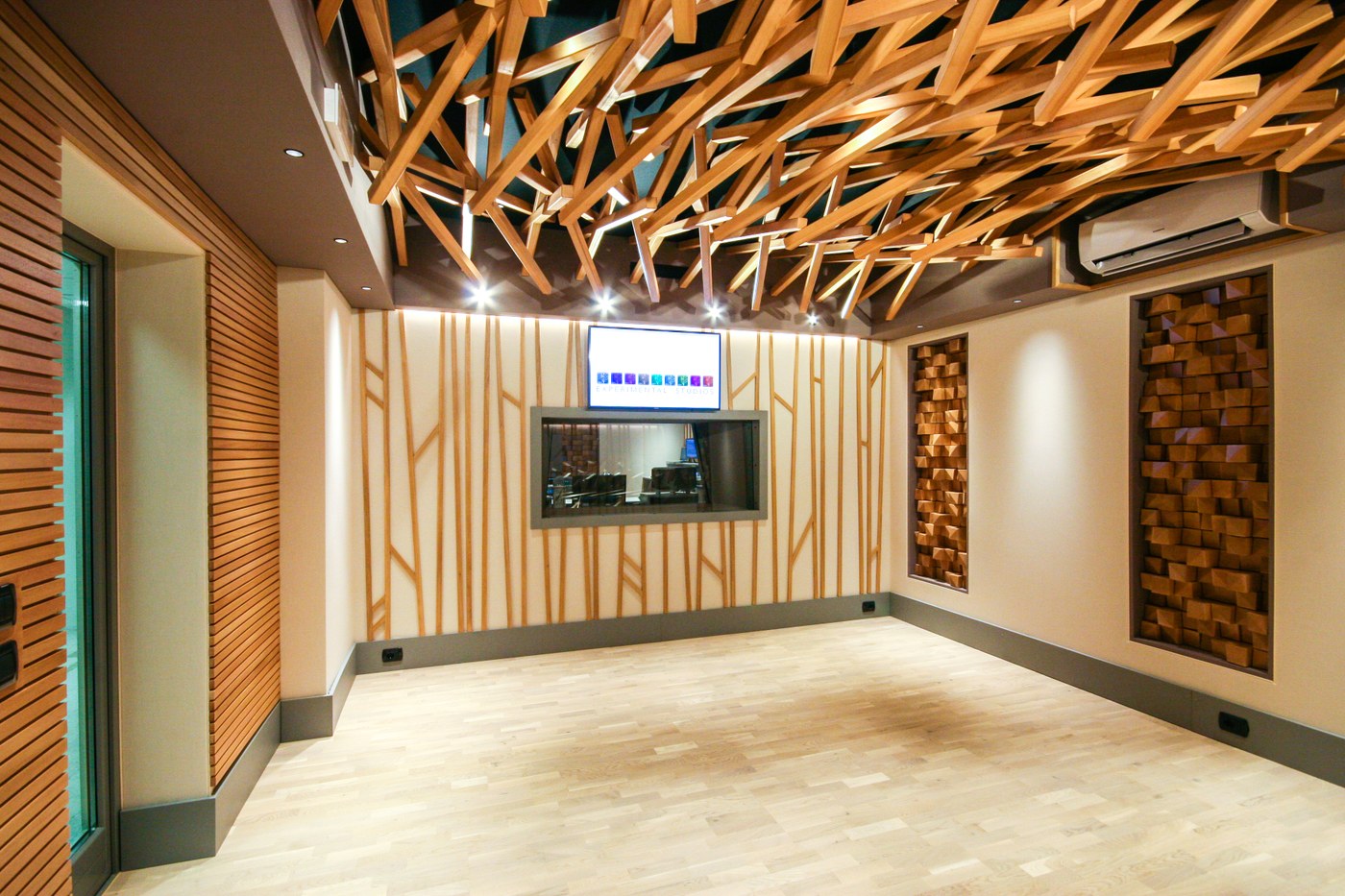 Description
As an experimenter, Riccardo needs to be able to work in ways appropriate to the projects, using any methods, from ITB to OTB, and any intermediate condition. Moreover, he has to be able to quickly wire his vintage synths to digital synthesis systems such as Kyma, or to virtual or modular instruments. So the Studio works as a true matrix that allows to connect any point in the studio to any other thanks to over 500 link points. In this way, it is possible to create a sort of basic configuration of the whole studio for a given project every time.

Read more
Description
The main room of the studio, it is a sort of forest where you can place microphones and instruments. Thanks to the wooden "Shanghai" ceiling slats, acoustics sound alive and endowed with great spatiality. 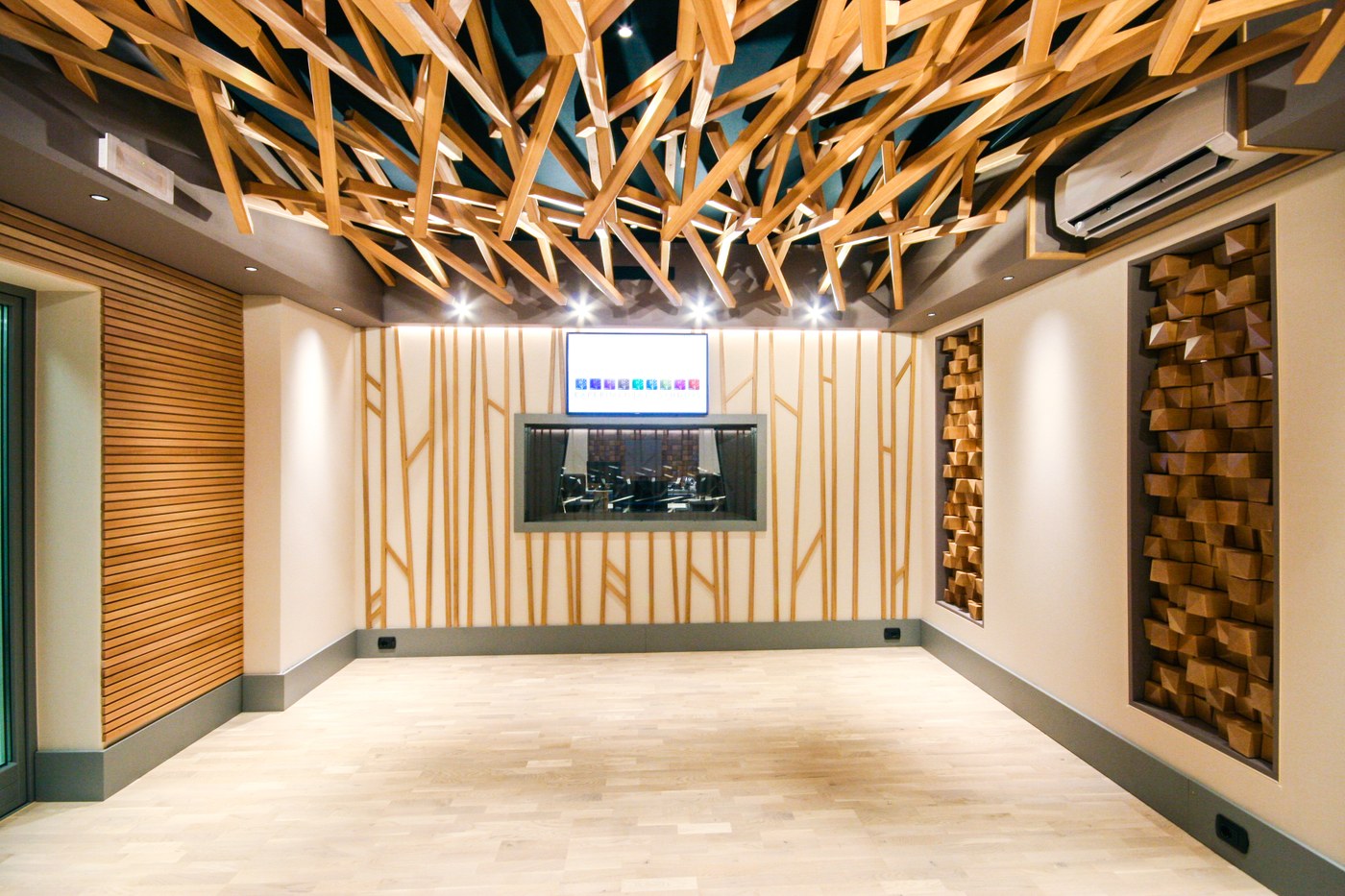 Read more
Description
A small Iso-booth useful for recording vocal or individual instruments. It also acts as a Sound-lock for the entrance of the control room.
Read more