Diego Calvetti is the owner and founder of Platinum Studio since 1997. “In some studios function follows form, but in others form and design follow function” Resolution may 2017

Nestled in the Tuscan Chianti countryside, Platinum Studio is located inside a typical perfectly renovated farmhouse.
Sound Sound Service in 1997 had already taken care of the first version of the studio that ran for two decades. In 2016 Diego Calvetti, driven by the need for new technologies and the desire to have a more professional work environment, decided to bring the study to another level.

The new Platinum Studio was the protagonist of the cover of May 2017 of the major English magazine Resolution.

The control room was made in the old tool shed, it has an ultramodern design, in contrast to the style of the building, and has a state-of-the-art instrumentation.

A very large, bright living room, with live and natural acoustics, is used both as a secondary control room and for the recording of drums, wind instruments and string instruments sections.
A Vocal Booth between the two main rooms is perfect for recording voices and guitars.

Diego Calvetti began his extensive work as a producer, composer and lyricist in 1997 and has been writing for 20 years for Warner Chapel and for the major Italian record companies. Calvetti has also conducted at the Sanremo Music Festival and even been a vocal coach on the fifth edition of X–Factor in Italy

In 1998 he started working with Lapo Consortini, guitarist, arranger and engineer, now his principal collaborator. 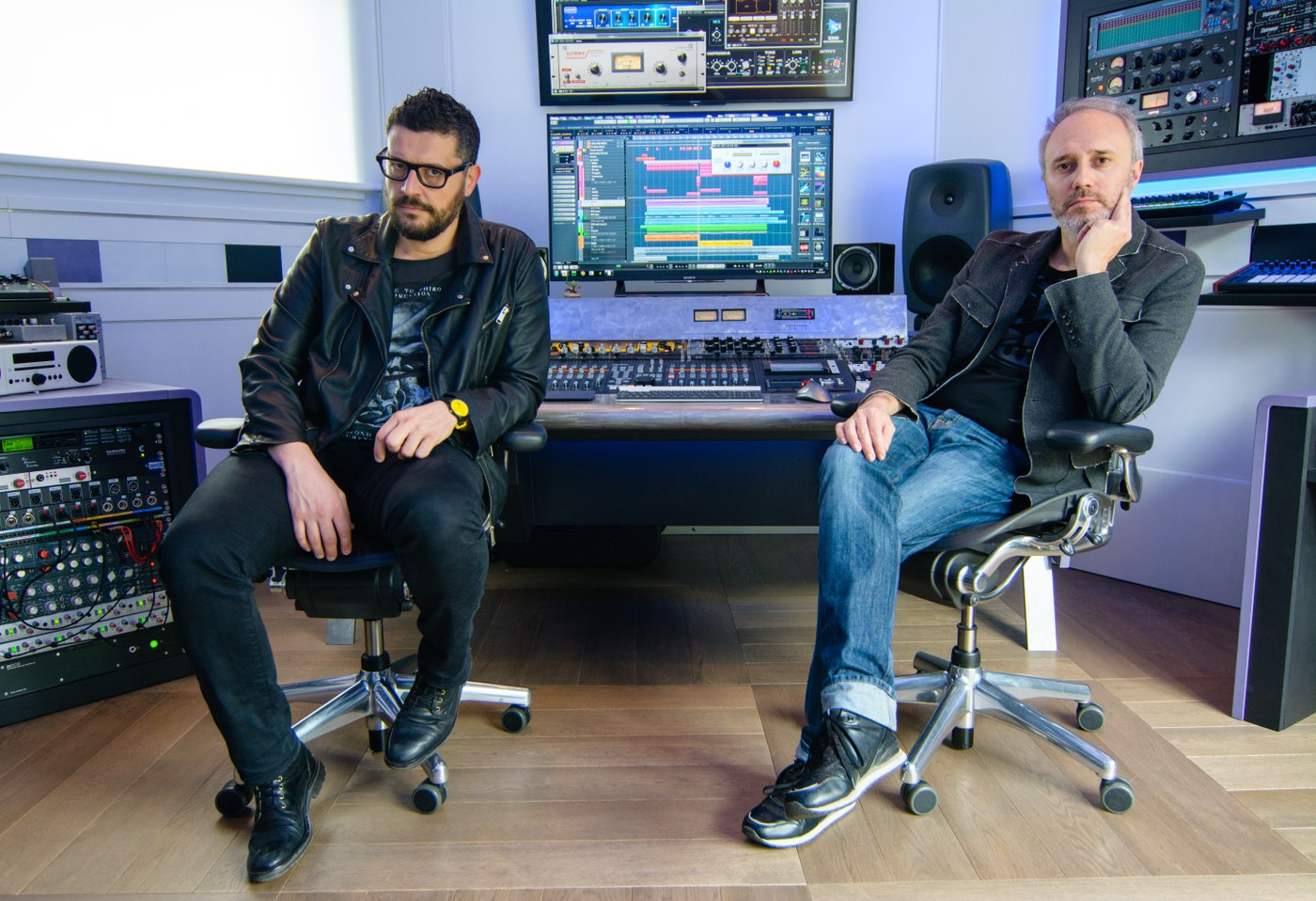 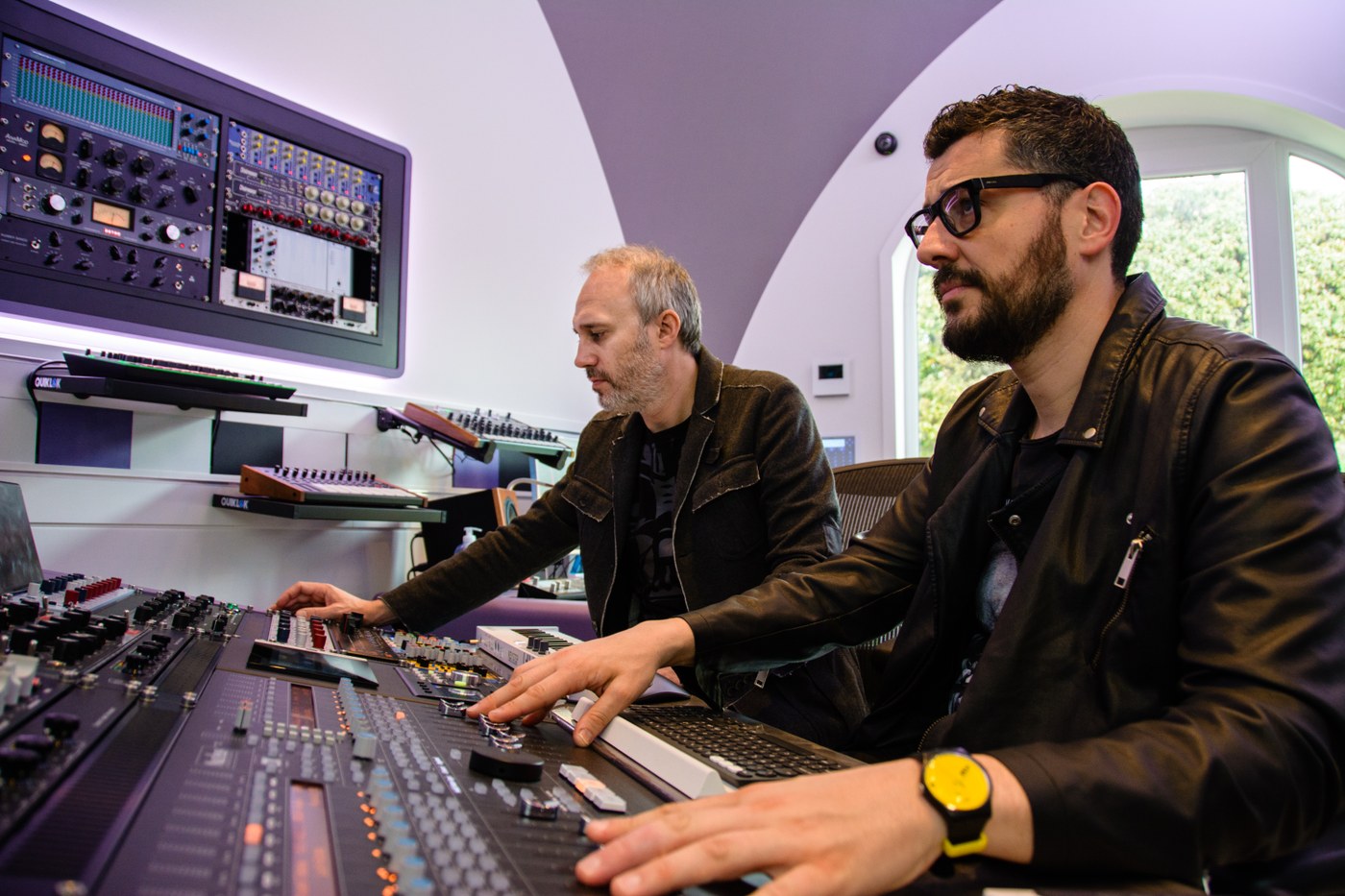 Description
The control room is the main hall of the studio. Its particular design was born not just for aesthetic needs, but also for space optimization, ergonomics and versatility. The curved surfaces in the corners of the ceiling are bass traps that can give the right absorption without stealing useful space, needed to position the various instruments. This control room is extremely versatile because it allows easy insertion and removal of brackets for instruments thanks to a special system of magnetic strips. This allows to change the work arrangement according to the needs of the moment. The console is customized to have the same prerogatives. 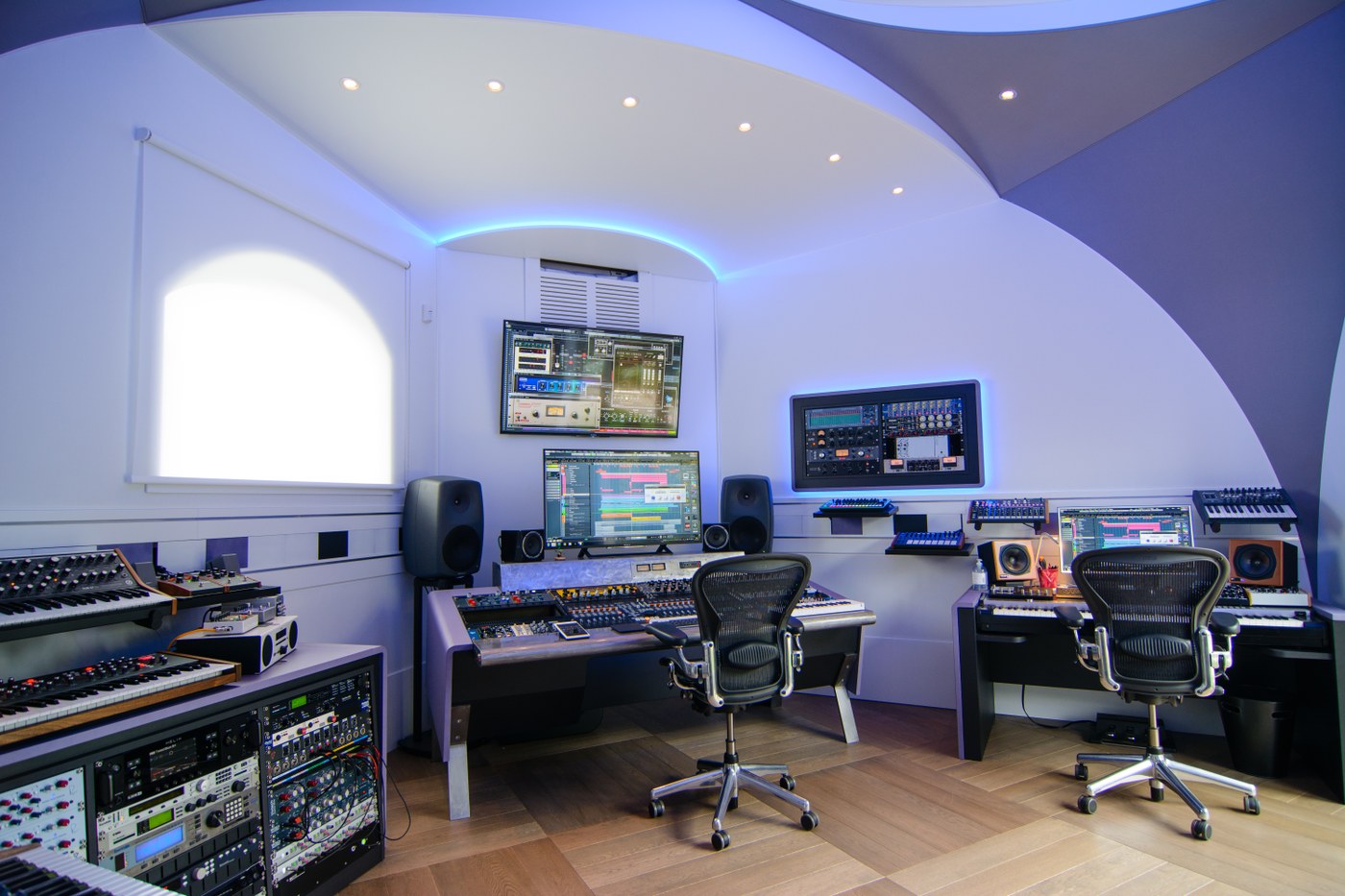 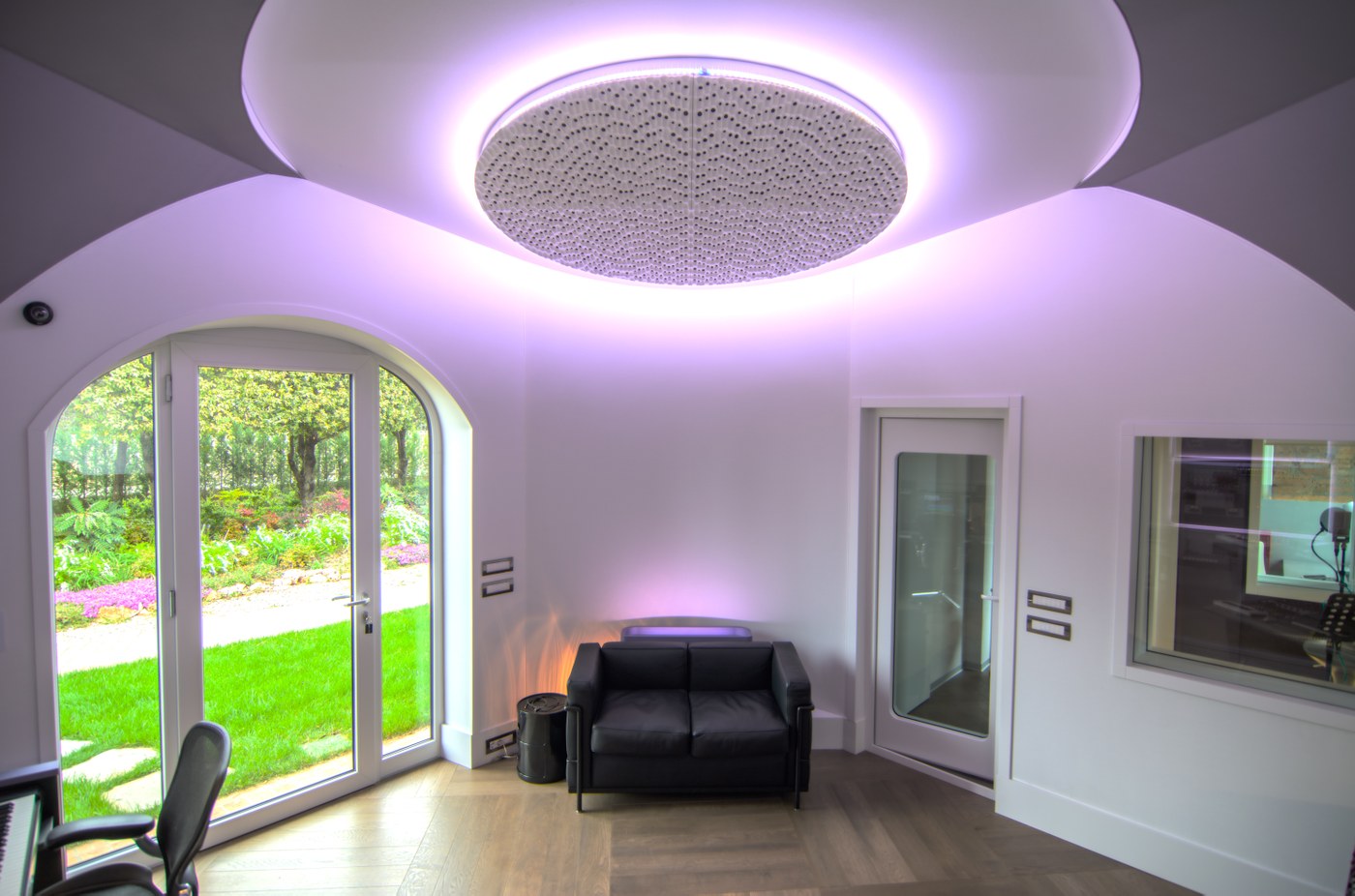 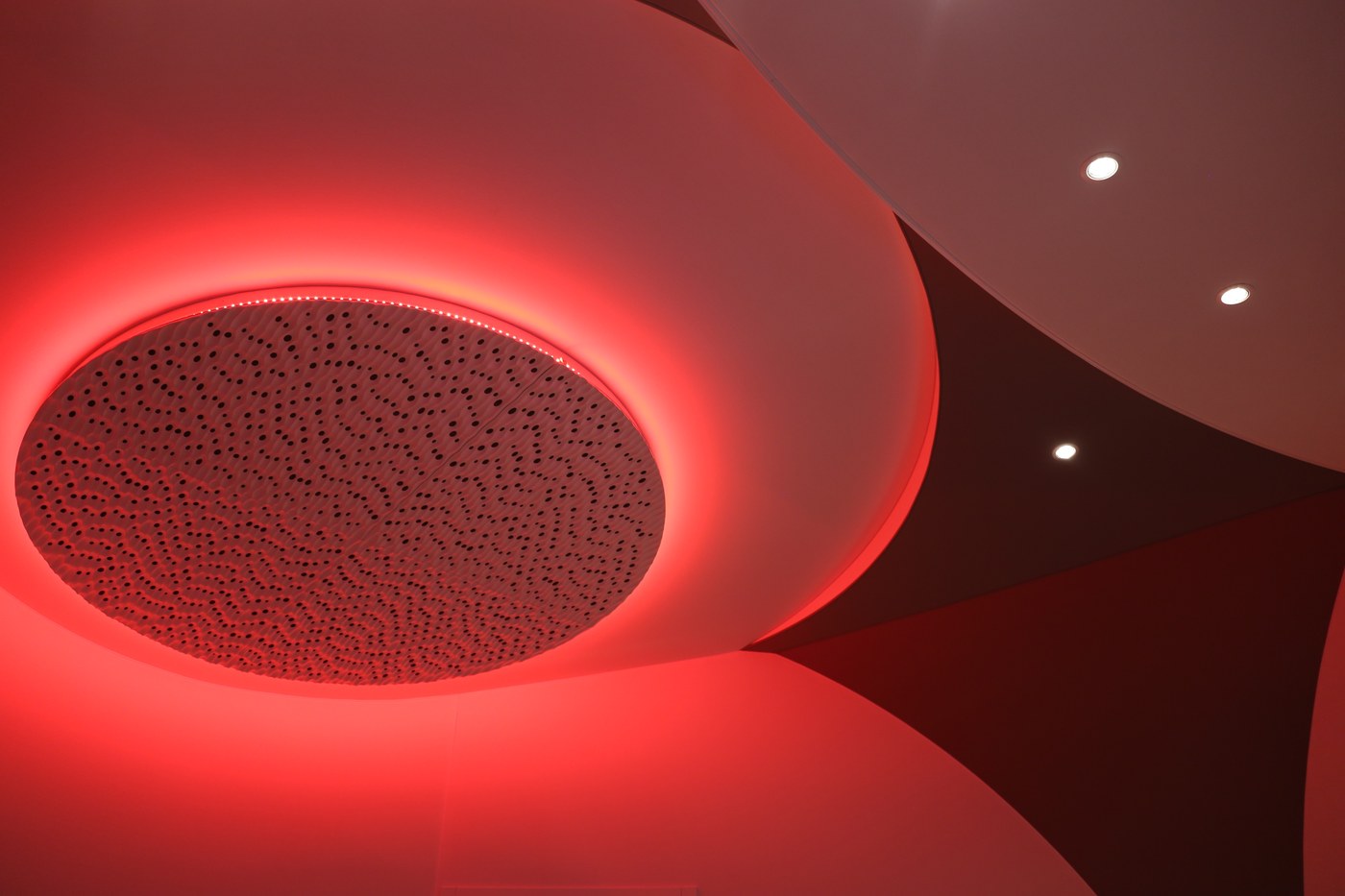 Read more
Description
The largest room is multifunctional: it is mainly a editing room that acts as a "twin" of the control room and is directly connected to it by the network. In this way, there is continuous communication between the two rooms that can work parallel to the same projects. At the same time, thanks to the acoustic treatment and to the natural diffusion offered by bricks, this room is perfect for the recording of drums, sections of winds and strings. 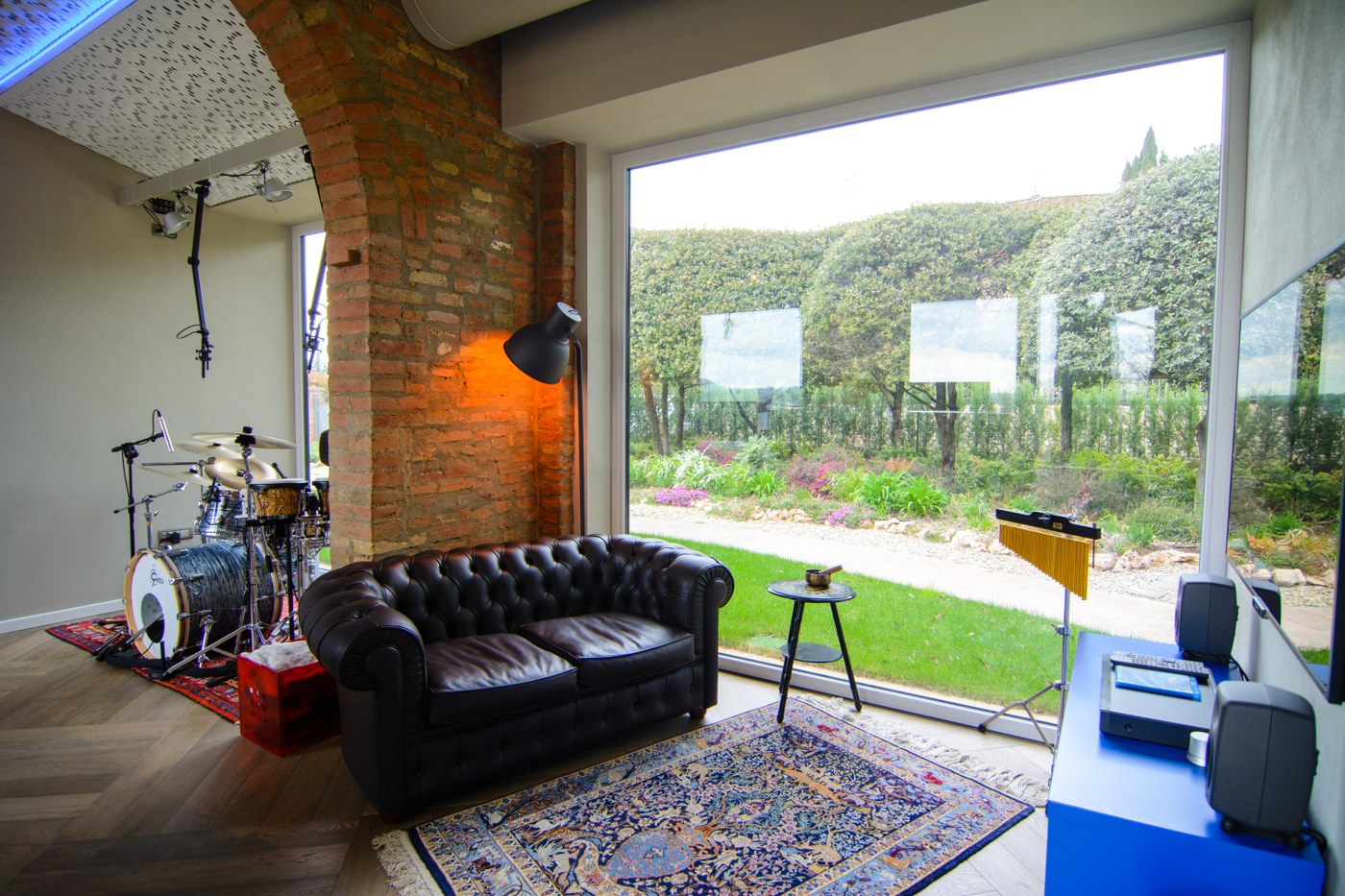 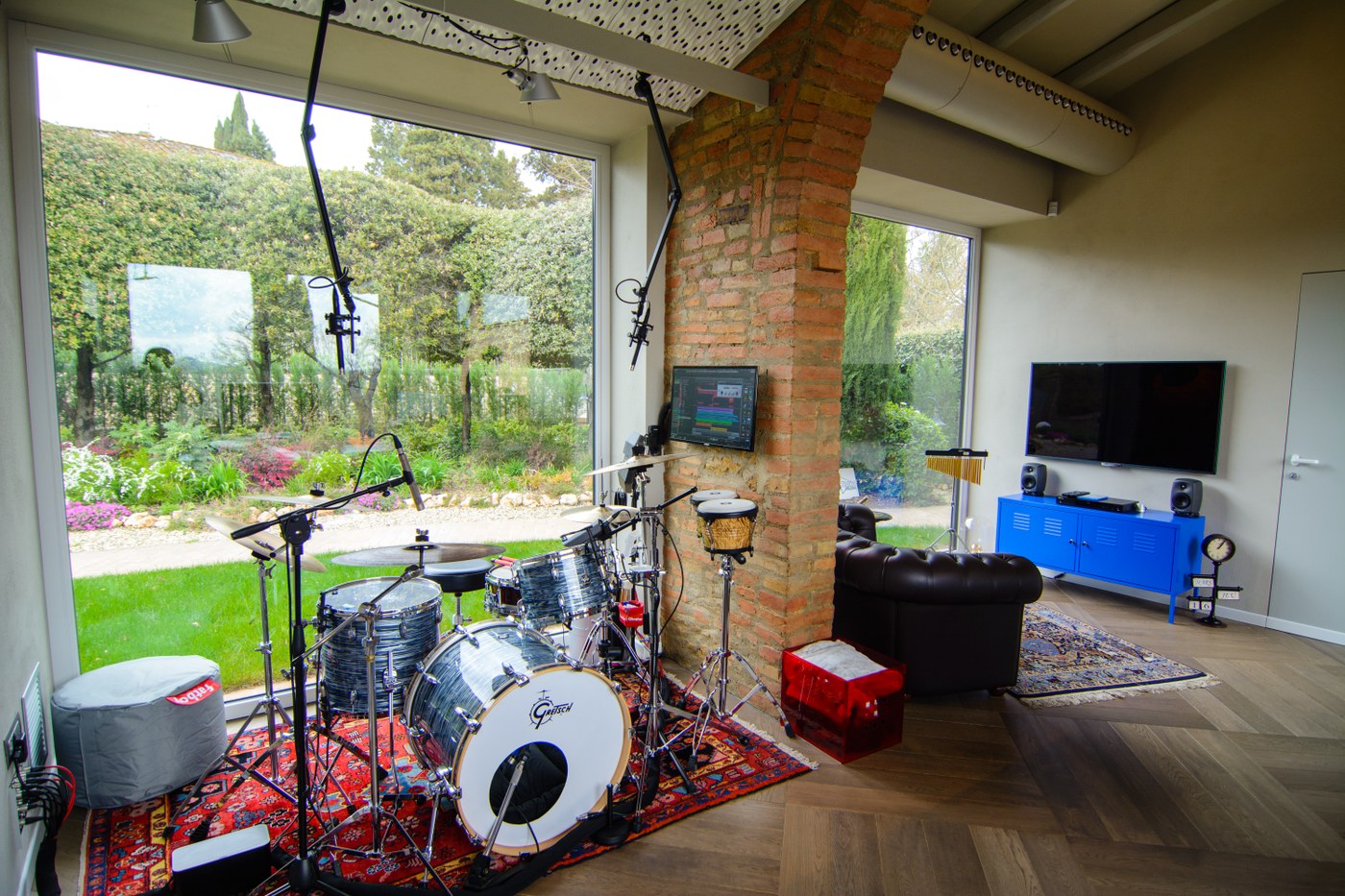 Read more
Description
The iso-booth has small dimensions but great potential. It is perfect for recordings of voices and solo instruments, it is a fundamental room for a studio that produces pop music for great singers. 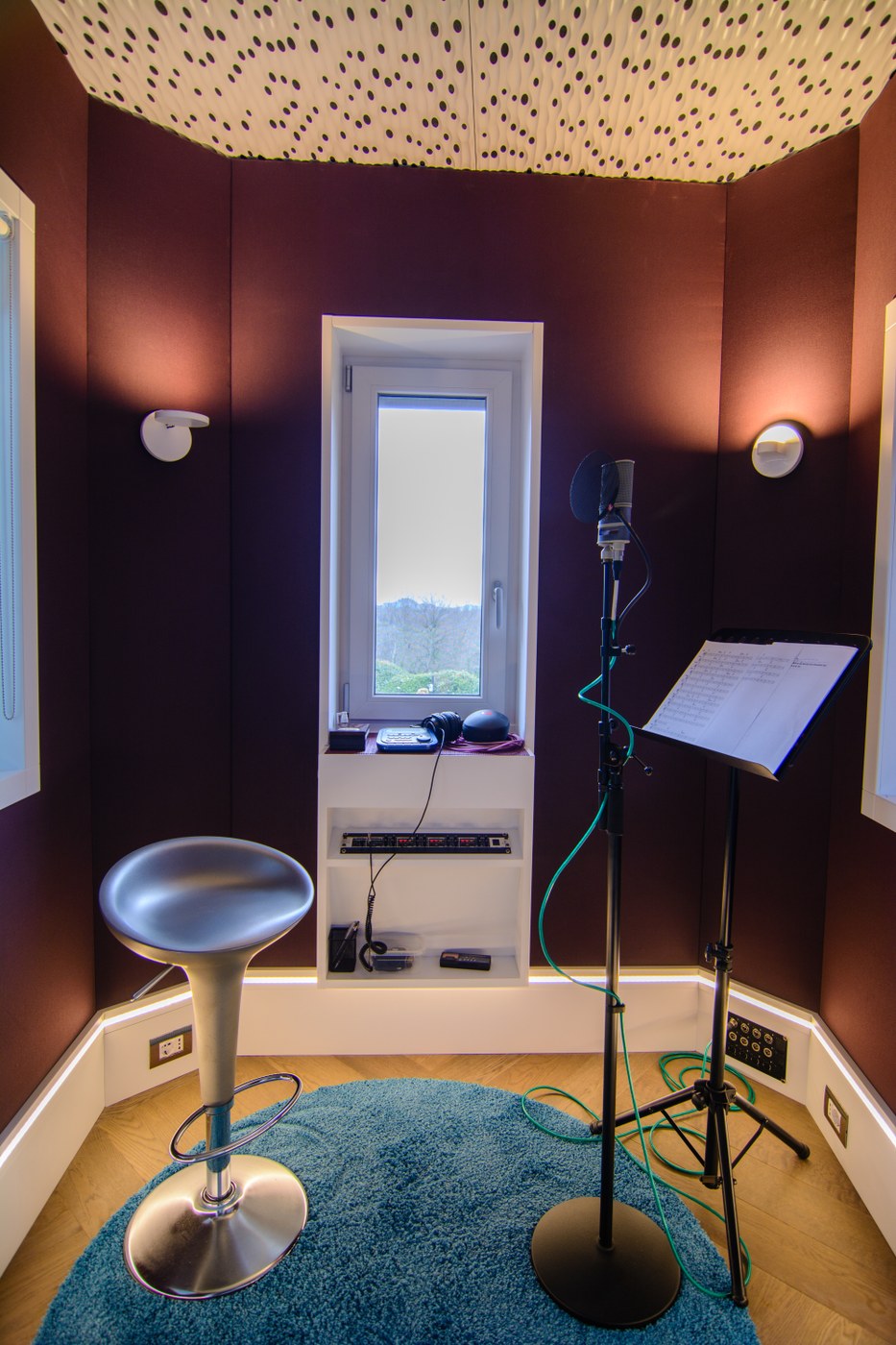