Acoustic design of the former church of the ghost village of Castelnuovo dei Sabbioni, in collaboration with Guicciardini&Magni Architects.

Castelnuovo De 'Sabbioni, in the municipality of Cavriglia, in the province of Arezzo, is a ghost town, abandoned because of the landslides of the ground caused by mining.

On July 4th 2012, on the occasion of the 68th anniversary of the Nazi-Fascist massacre, the old village was finally reopened to the public and the Museum of Mining and Land, located in the highest fully restored part, was inaugurated.
In addition to the mayor of Cavriglia Ivano Ferri and to Counselor of Tuscany Region Enzo Brogi, also authorities and well-known personalities attended the event, such as the mayor of Florence, Matteo Renzi and the stylist Roberto Cavalli who spent his childhood in the village and whose father was a victim of the massacre.
Studio Sound Service designed the acoustic correction of the former church, transformed into an auditorium-conference room, in collaboration with the Guicciardini&Magni Architects.

The renovation of Castelnuovo de 'Sabbioni included a conference room that would take the place of the former church of the old village. The hall acoustic conditions were not adequate for the new use then, with Guicciardini&Magni Architects, we studied an acoustic correction that managed to perfectly blend functionality and design, giving the old space a new dimension without neglecting the his past. 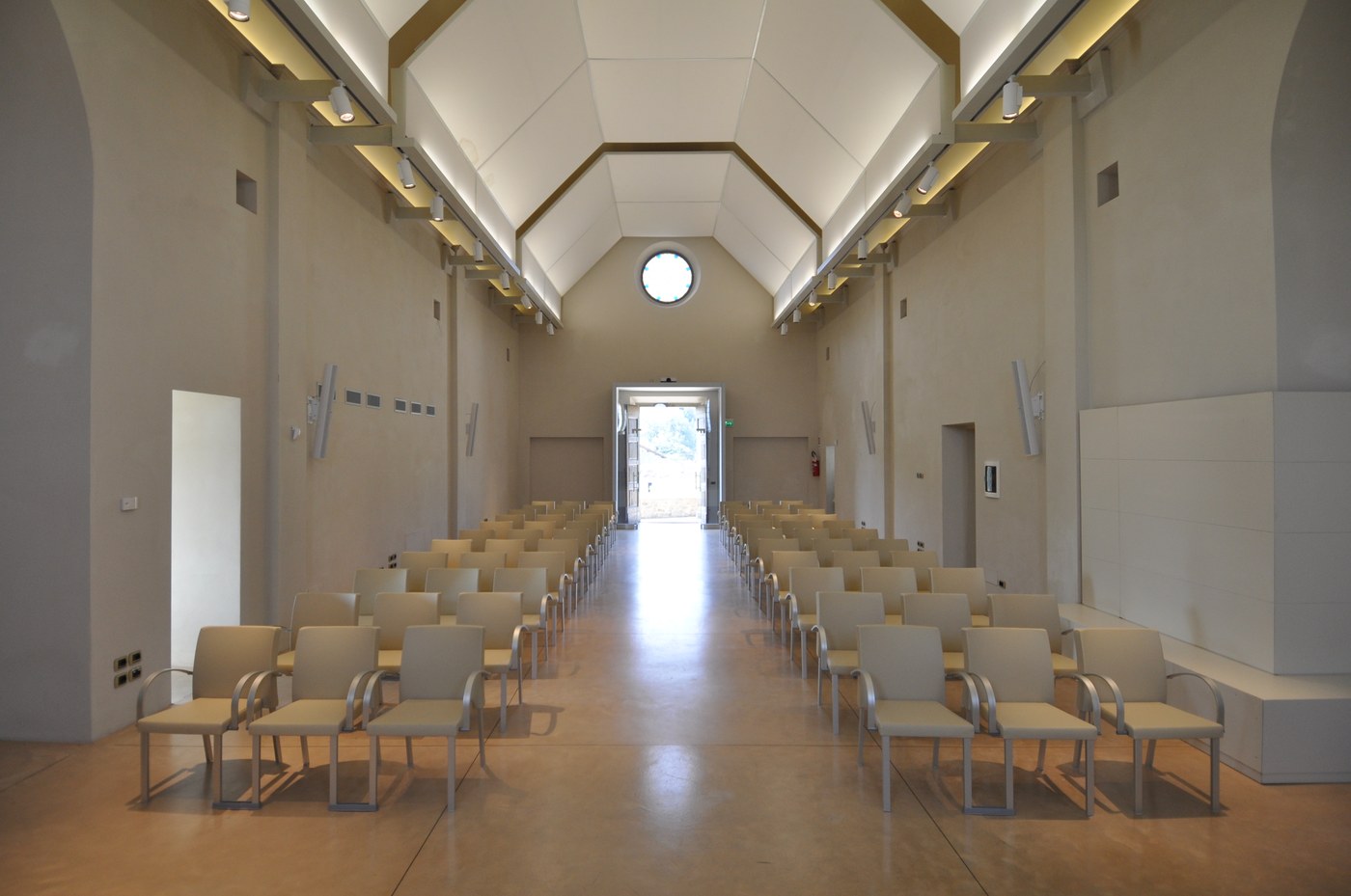 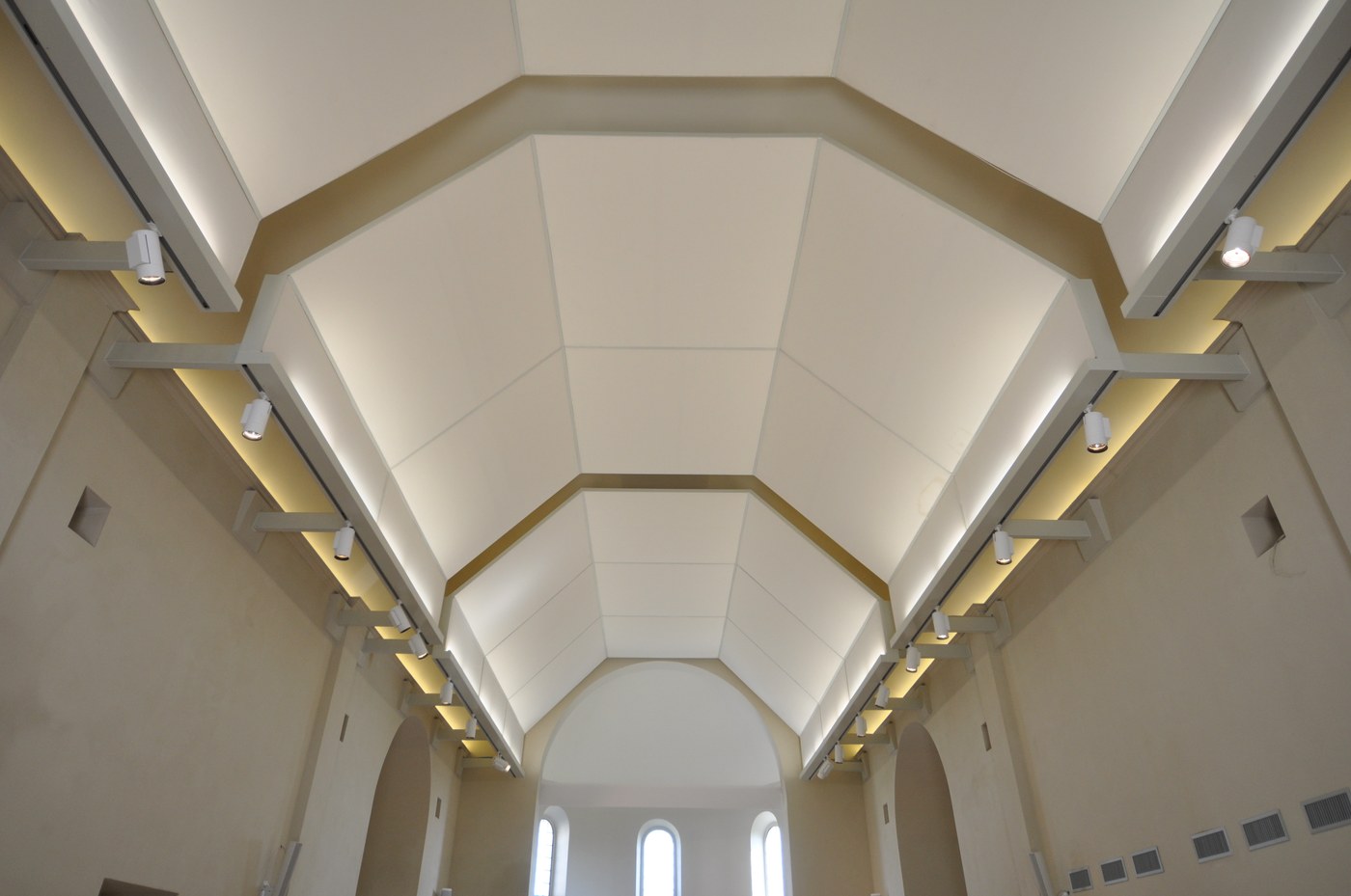 Description
When we were called, masonry had just been refurbished. We noted a strong return of sound energy focused by the vaulted ceiling. The first acoustic surveys showed ​​T30 reverberation time values of about 7 s @ 1000 Hz: extremely long for a conference room. The acoustic design we presented and agreed with architects was based on the construction of a suspended ceiling with high sound absorption and on the installation of the directive arrays audio system JBL CBT100LA. 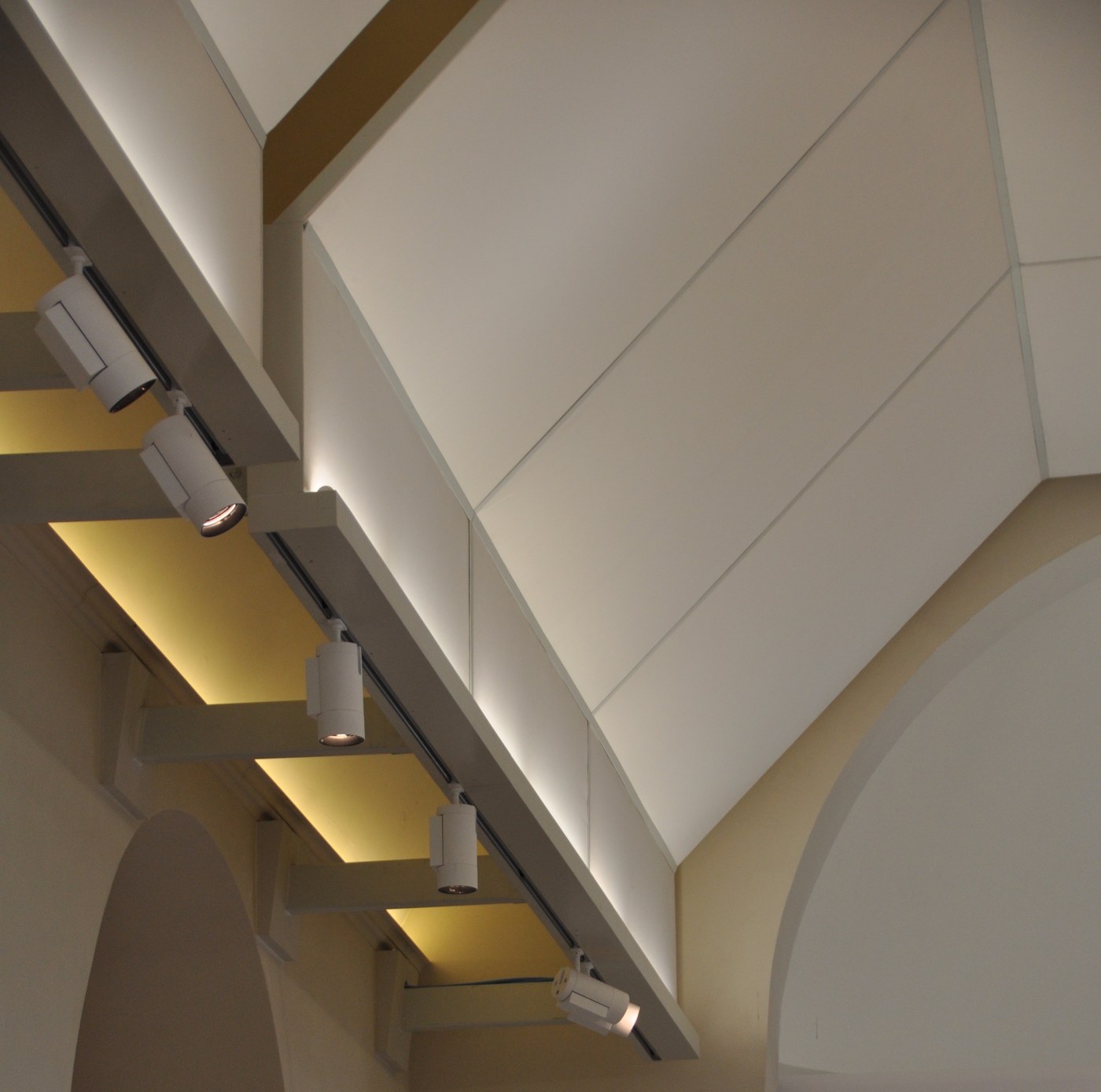 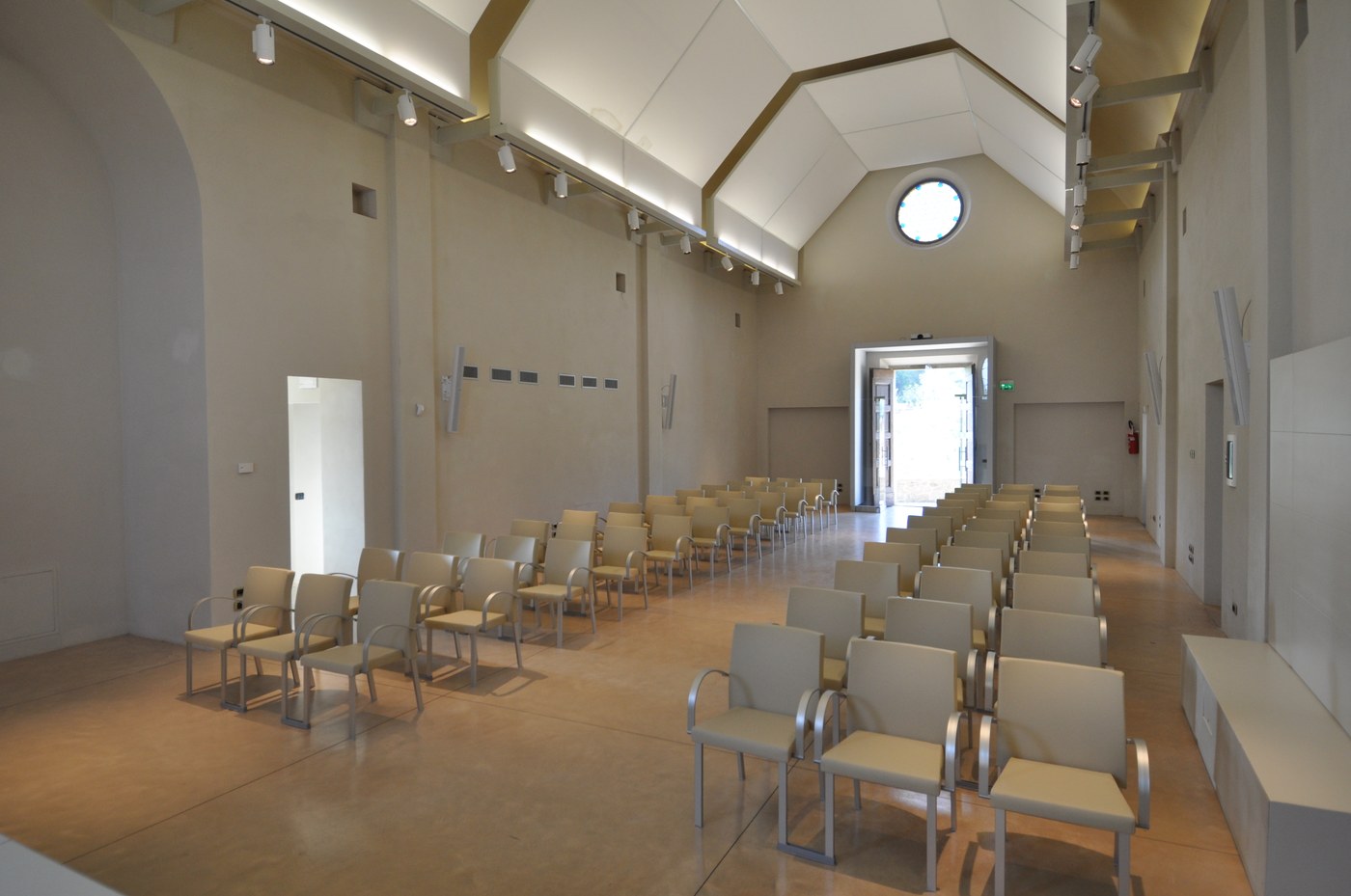