Restoration of the small Castelfiorentino Opera House, in collaboration with Guicciardini & Magni architects.

The Teatro del Popolo in Castelfiorentino (FI) has been restructured by the Guicciardini & Magni architecture firm. Donato Masci and Fabrizio Giovannozzi participated as acoustic consultants for Studio Sound Service.

"Completion interventions have been focused as a key part of the theater's redevelopment project, as part of a proper restorative conservation operation. On the other hand, beyond the logic of restoration essentially related to the events of the theater, the building was aimed at strengthening the presence of the theater in the urban scene, starting with the connotation of the internal public spaces and the relationship with Gramsci Square and the urban center. In addition to the strict conservative intentions for the restoration of historic interiors, criteria of more accentuated contemporary connotation were added. "

First of all, the restoration of the theater obviously aimed to adapt the structure to the current regulations for places of public entertainment, in order to make it workable and finally restore the architecture to its original proportions, after the post-war interventions had heavily modified the internal spaces.

In the configuration of the foyer on the ground floor and of the wall there was a rigorous conservative disposition of the historic interior, while for other parts of the building (eg ticket office, wardrobe, foyer on the second floor) where it was about developing new details and furnishings, a more accentuated contemporary connotation was activated, while at the same time underlining the deep bond of the Theater with the city through the arrangement of large panels reproducing David Bastianoni's photos. 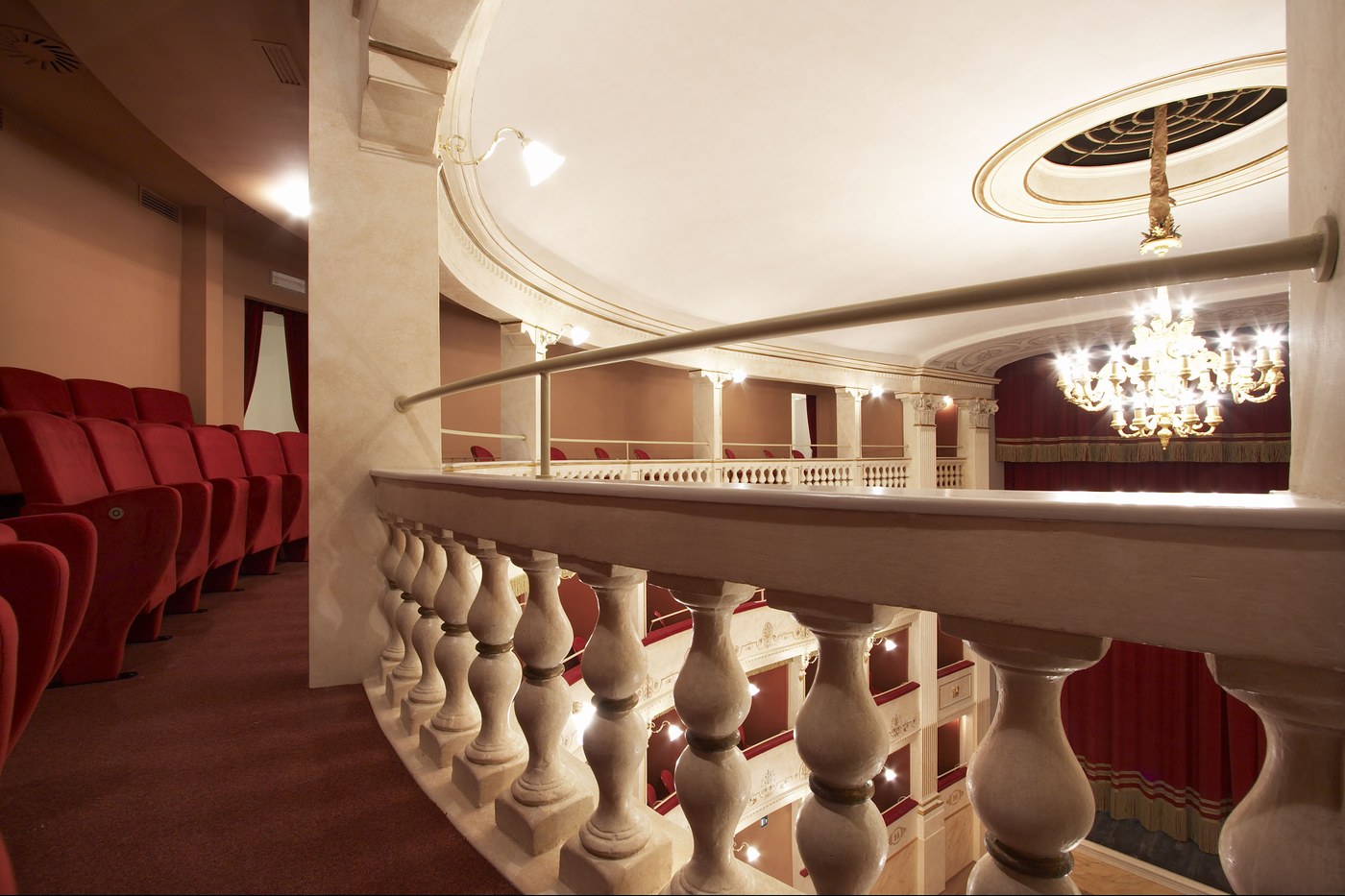 Description
146+2 seats hd parterre; 43 level 1; 62 level 2; 60 level 3; 43 gallery. From the technical point of view, original acoustic correction treatments, with velvet and padding, typical of the opera theater, were recreated. The choice of materials was made on the basis of the new regulations, especially of the fire-fighting regulation, thus making the theater efficient, historically compatible and modern at the same time. 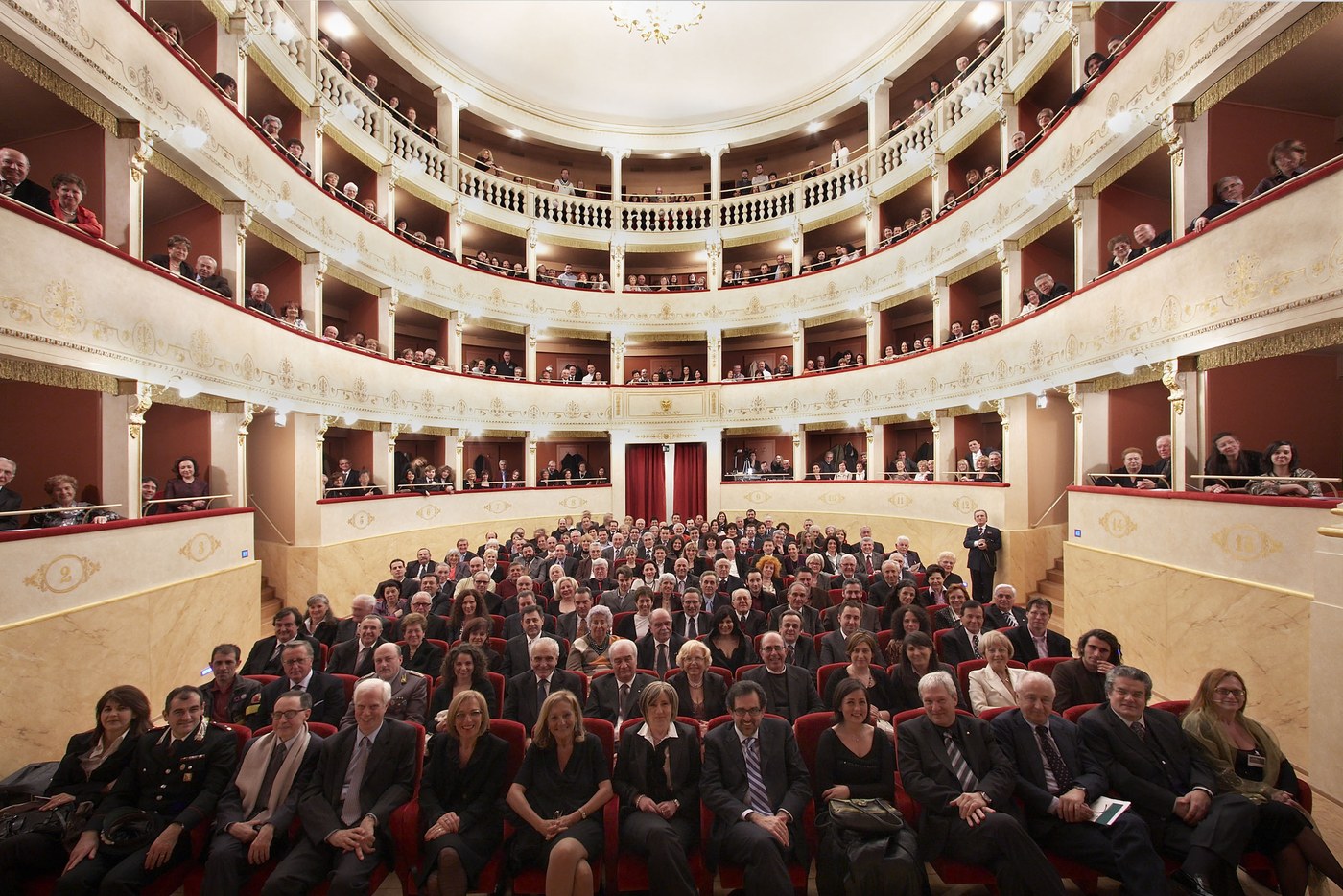