The Torrita arena showed acoustic problems even during regular sports activities. The large volume and the total lack of furnishings, typical of sport environments, caused a reverberation that made it impossible to carry out training and matches.

Moreover, for the past 25 years, the last weekend of June Torrita di Siena has hosted one of the most important Italian blues festivals: the Torrita Blues Festival. Founded in 1989, this event attracts every year thousands of fans of the genre.

Over the years the Cultural Association Torrita Blues organized a number of initiatives related to the blues and the territory. The last is the partnership with the city of New Orleans born in the 2006 edition of Torrita Blues. We should also mention the affiliation of the Torrita Blues with the Blues Foundation in 2005 that made the Association an official member of the jury for the Blues Music Awards, the Oscars of the blues that take place every year in Memphis (TN) in the month of May.

Hence, the City of Torrita di Siena and the cultural association Torrita Blues understood the need for an intervention that would solve the acoustic problems.

The correction we designed has affected both the ceiling, through the suspension of polyester fiber panels, and a wall that has been lined with wood wool panels. Our advice has continued into the audio system's choice: we recommended a Line-array speaker system on either side of the stage, particularly suitable for this use.

The project was commissioned by the Municipality of Torrita di Siena 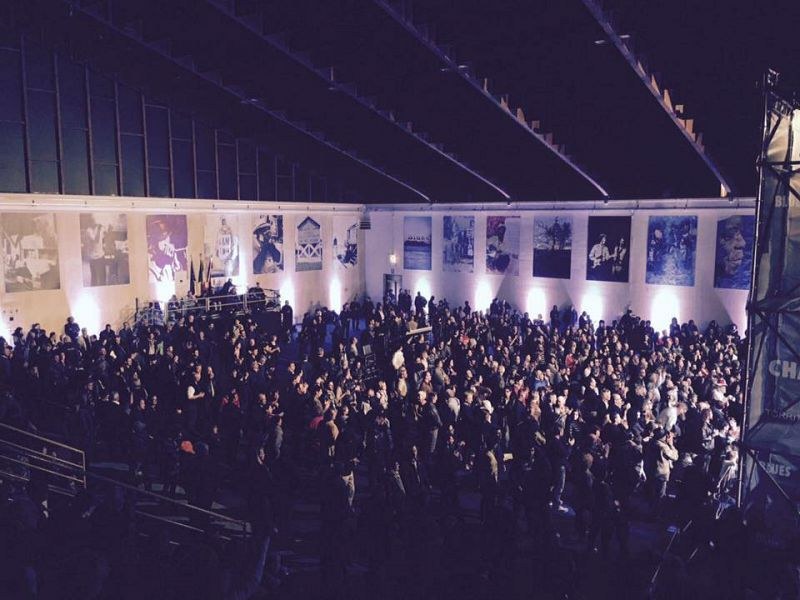