Waves Music is a large facility, composed by two stereo control room, a large recording room, two iso-booths and a music school with 4 four additional rooms for rehearsal and lecturing.

Each acoustic environment is well insulated respect the others rooms as well as with the outside of the building. The architectural design of Waves Music is mainly based on a greyscale color balance, resulting in a modern and elegant studio.

Thanks to many windows it has been possible to achieve a great inter-visibility across rooms - such windows were specifically design with tilted glasses to ensure optimum acoustics on the listening areas.

Music School rooms are acoustically treated, although with a lighter approach, such that adequate acoustic comfort is realized in these rooms too. 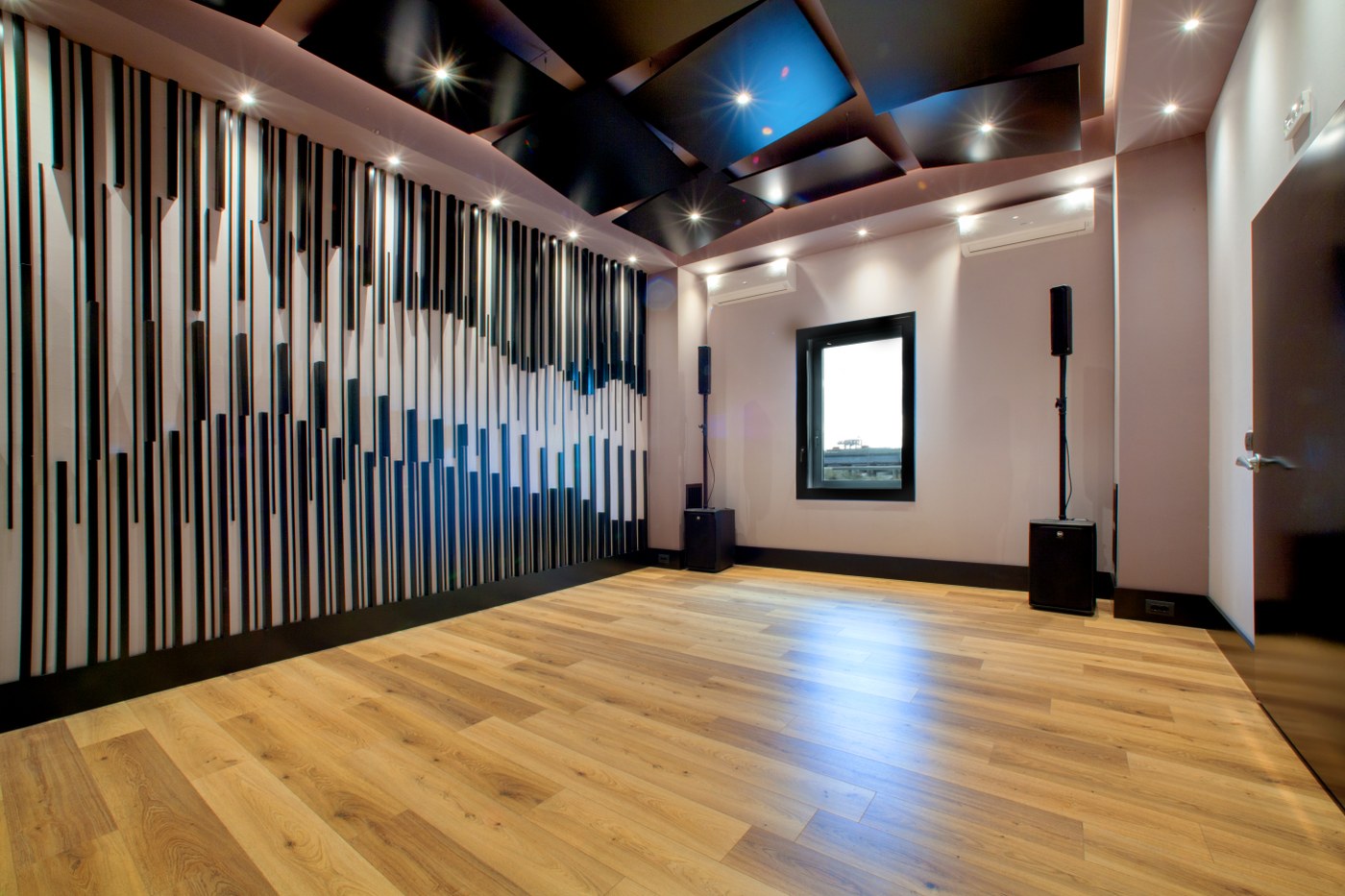 Description
The Control Room A has a "non environment" acoustic design, ie has a reflecting front and an absorbing back. The big monitors are installed flush-mount - embedded in a heavy dry wall that pushes forward all the sound power. The amplitude of the room allows to use it for educational purposes, being able to accommodate about 12 students. 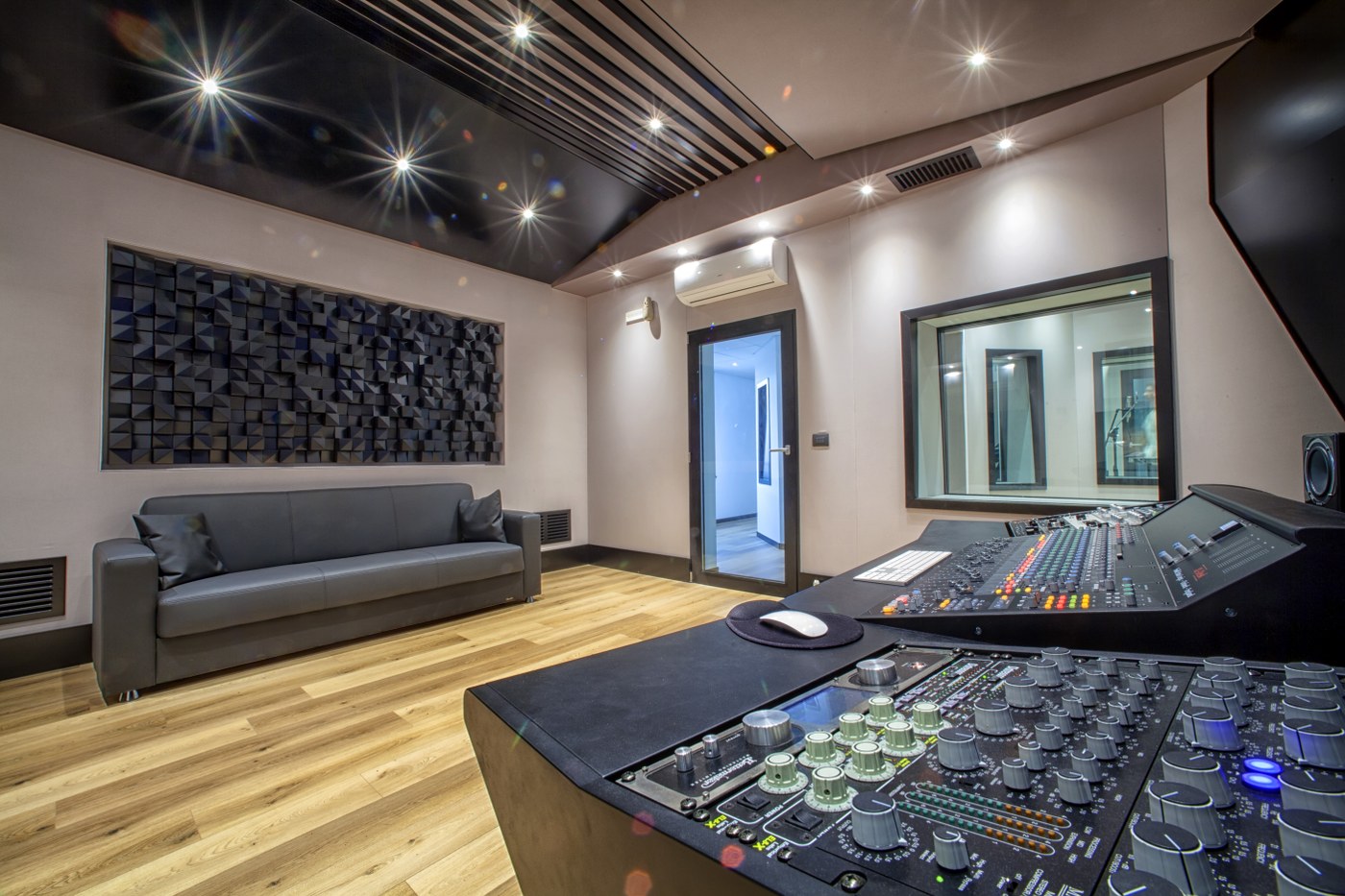 Read more
Description
The Live Room A has a high ceiling - of almost 5 m - and a very lively and widespread acoustic field. It is excellent for recording acoustic instruments - which need a "sound reinforcement" by the room - and electric instruments too. The spaciousness of the room allows the recording of modern and classic ensembles. The slats design is designed to create the perfect diffusion of the incident sound. The two isobooths have very dry acoustics. They allow to record voices and instruments in a very neutral way. 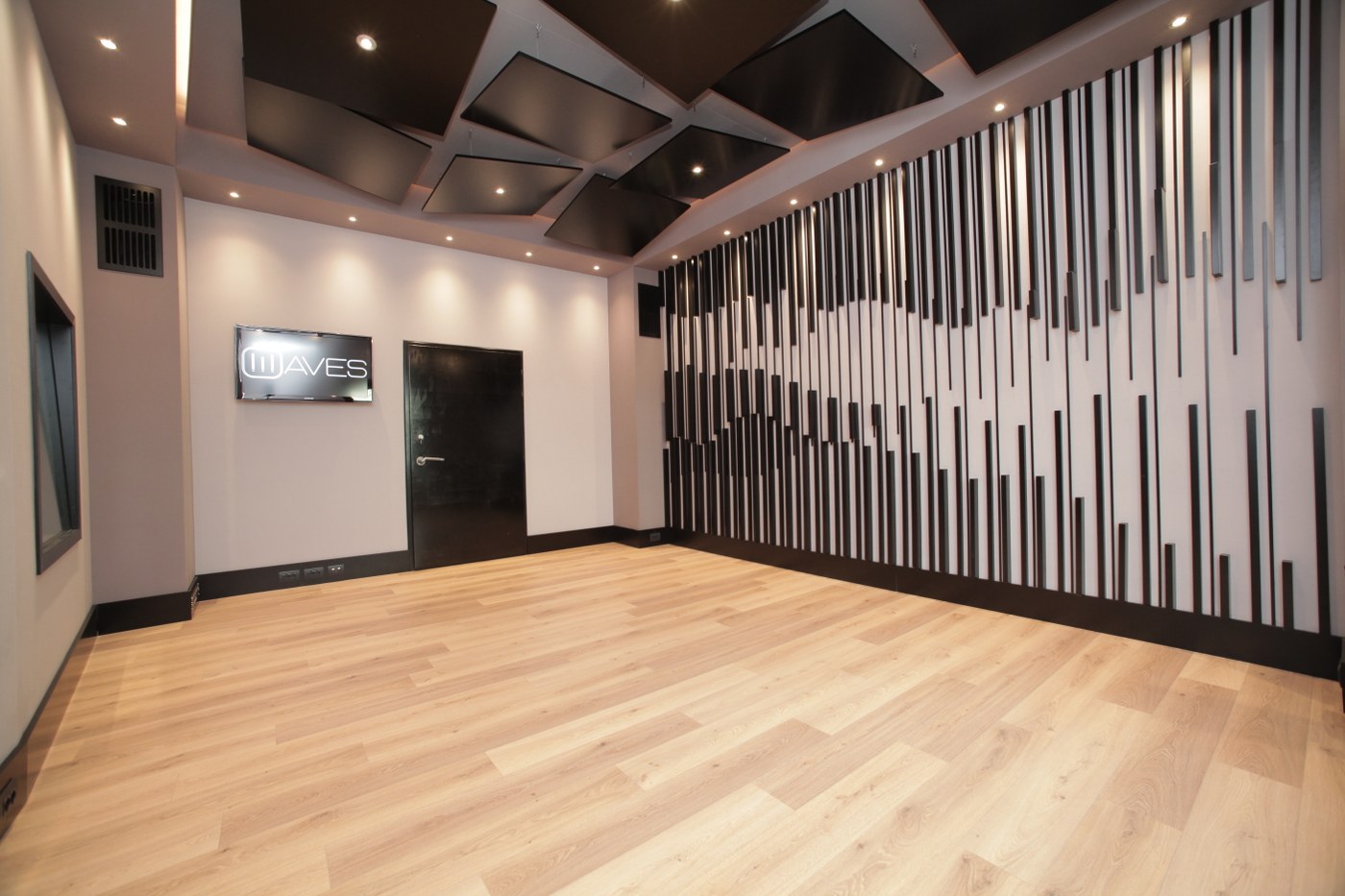 Read more
Description
The Control Room B is smaller than the A but it has the same acoustic design concept and the same listening quality. 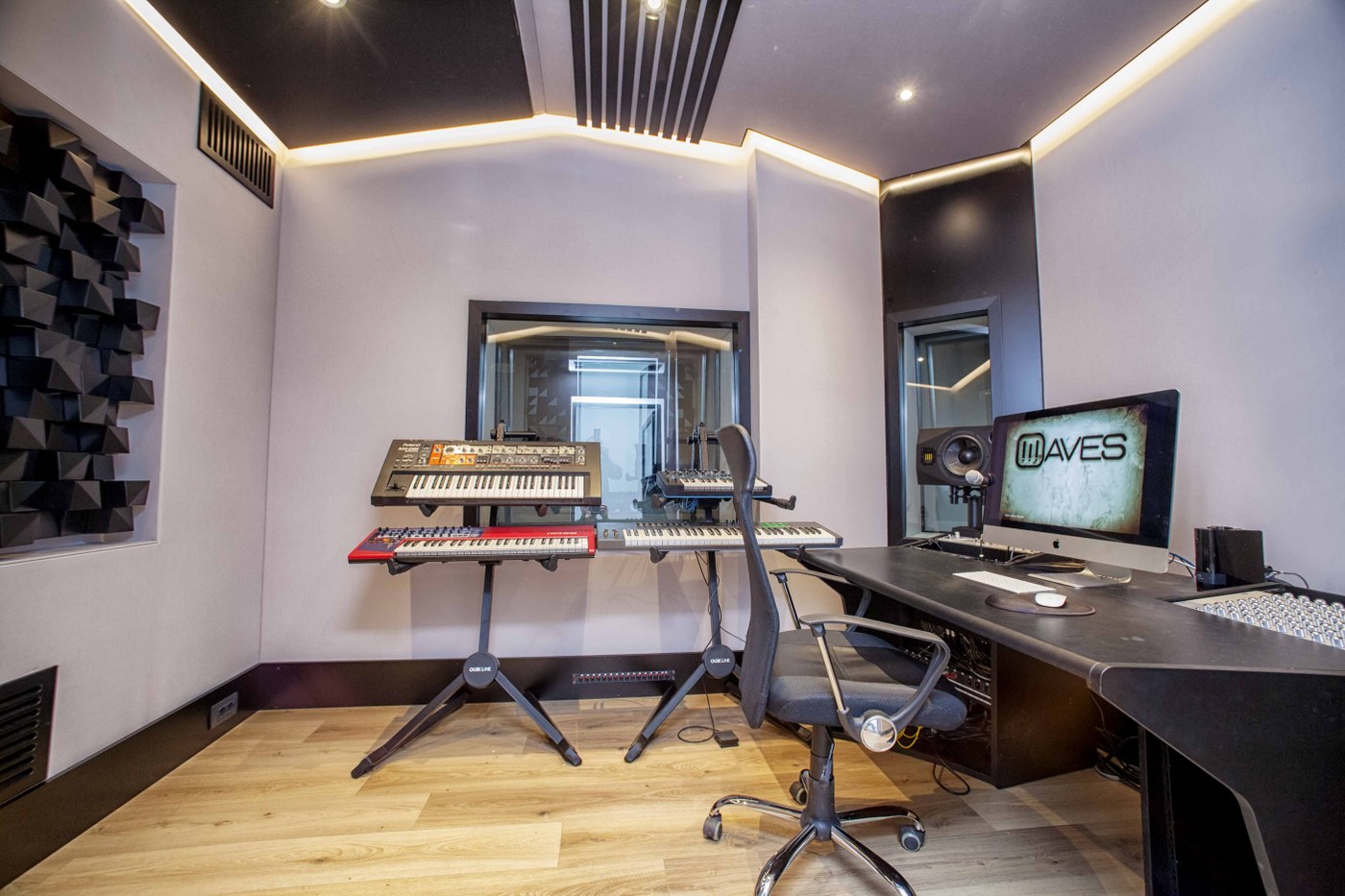